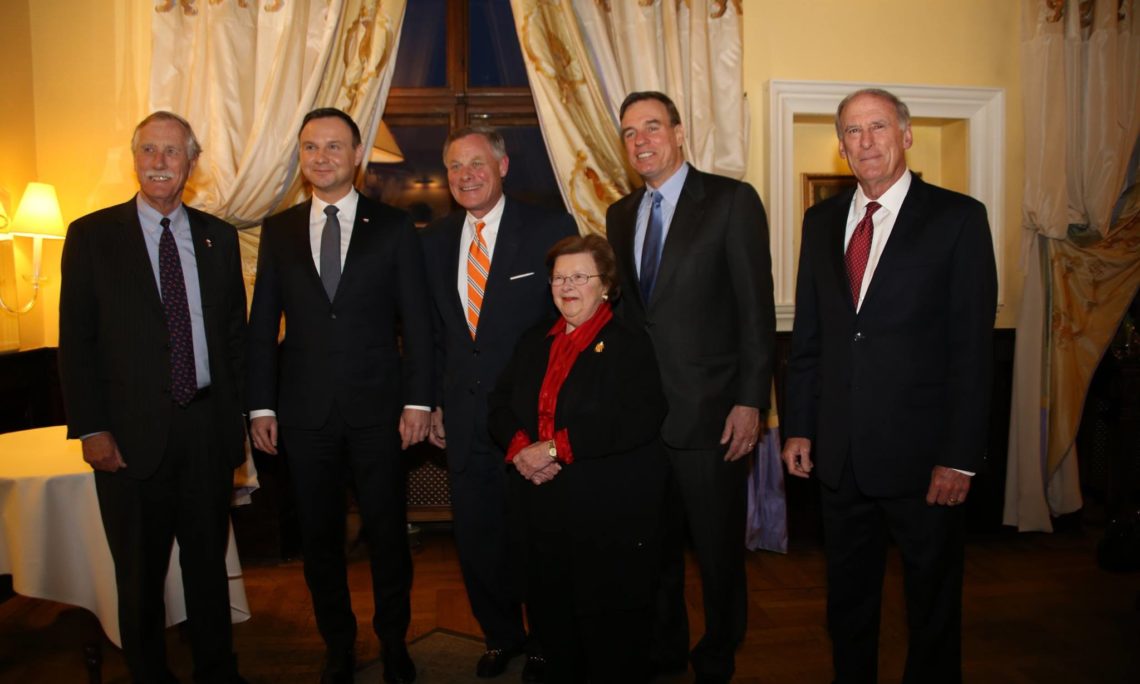 A delegation of five United States Senators and staff from the Senate Select Committee on Intelligence visited Krakow during a week-long trip through Europe to discuss international security issues with European leaders.  Committee Chair Richard Burr of North Carolina led the bi-partisan delegation comprised of Senators Mark Warner of Virginia, Daniel Coats of Indiana, Angus King, Jr. of Maine, and Barbara Mikulski of Maryland.  The delegation made an official visit to the Auschwitz-Birkenau State Museum, laying a wreath on behalf of the United States, and speaking with Museum Director Piotr Cywinski, who thanked the Senators and the U.S. Government for their donation of 15 million dollars to the museum’s endowment fund for restoration.  Later in the afternoon, the delegation received a tour of the Wieliczka Salt Mine, marveling at the huge chambers and ornate salt carvings 300 meters below the surface.  The Senators then dined with President of Poland Andrzej Duda on Krakow’s historic Rynek Glowny. President Duda thanked the delegation for visiting his hometown and reaffirming the long-lasting and strong relationship between Poland and the United States.