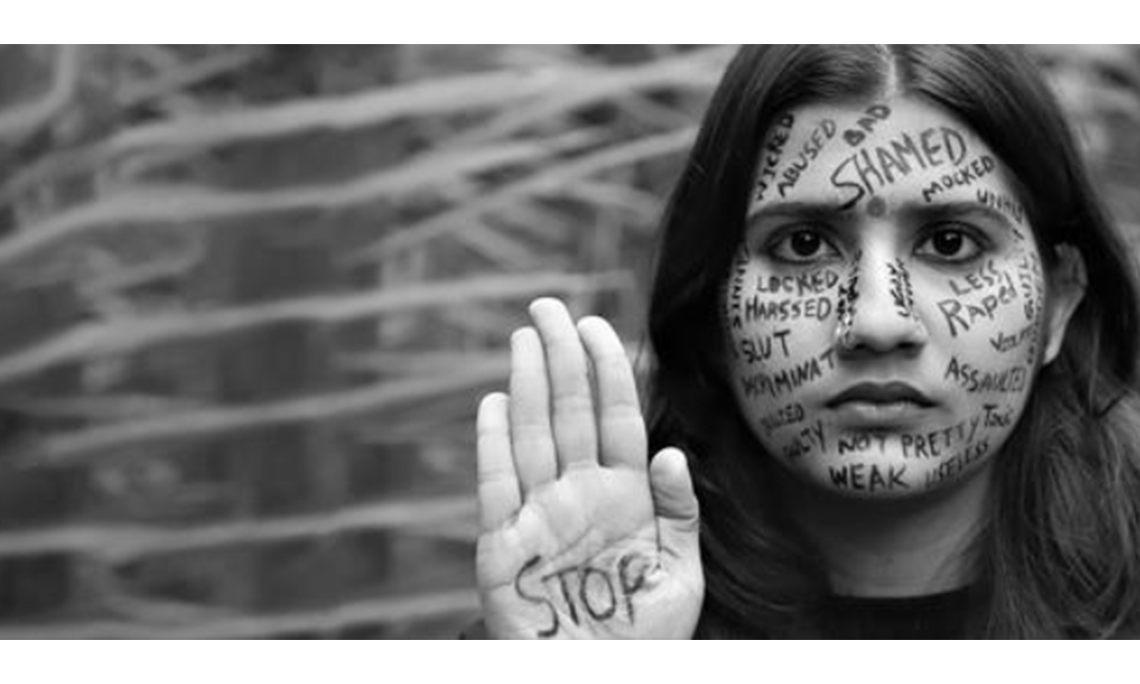 A young woman protesting against violence against women and girls by writing messages on her face ,asking to stop violence. [Photo Credit: Fahmida Choudhury Ealin/Shutterstock.com]

Today we recognize the International Day for the Elimination of Violence against Women and the beginning of the 16 Days of Activism Against Gender-Based Violence campaign.  Despite great strides to prevent and respond to the pervasiveness of gender-based violence around the world, violence remains deeply entrenched in gender and social norms and persists in homes, schools, communities, workplaces, and increasingly, in virtual and online spaces.

Gender-based violence is a human rights abuse.  One in three women and girls will experience sexual or physical violence in their lifetimes, and 70 percent of women experience gender-based violence in humanitarian contexts.  One in five girls is married when still under the age of 18, and one in three women and girls lives in a country where marital rape is not an explicit crime.  Gender-based violence against LGBTQI+ persons, persons with disabilities, members of marginalized ethnic and racial communities, older persons, and members of other marginalized populations are also widespread and often perpetrated without justice for survivors.

In support of the U.S. National Strategy on Gender Equity and Equality, we will soon release an action-oriented update to the U.S. Strategy to Prevent and Respond to Gender-Based Violence Globally to set out U.S. priorities for ending gender-based violence around the world.  In partnership with the U.S. Agency for International Development, we will also soon launch the Safe from the Start ReVisioned initiative, purposed to prevent, mitigate, and respond to gender-based violence in humanitarian emergencies and protect survivors or those at risk from the onset of emergencies.  The United States will continue efforts to promote women and girls’ safety online through the Global Partnership for Action on Gender-Based Online Harassment and Abuse and the White House Taskforce to Address Online Harassment and Abuse.