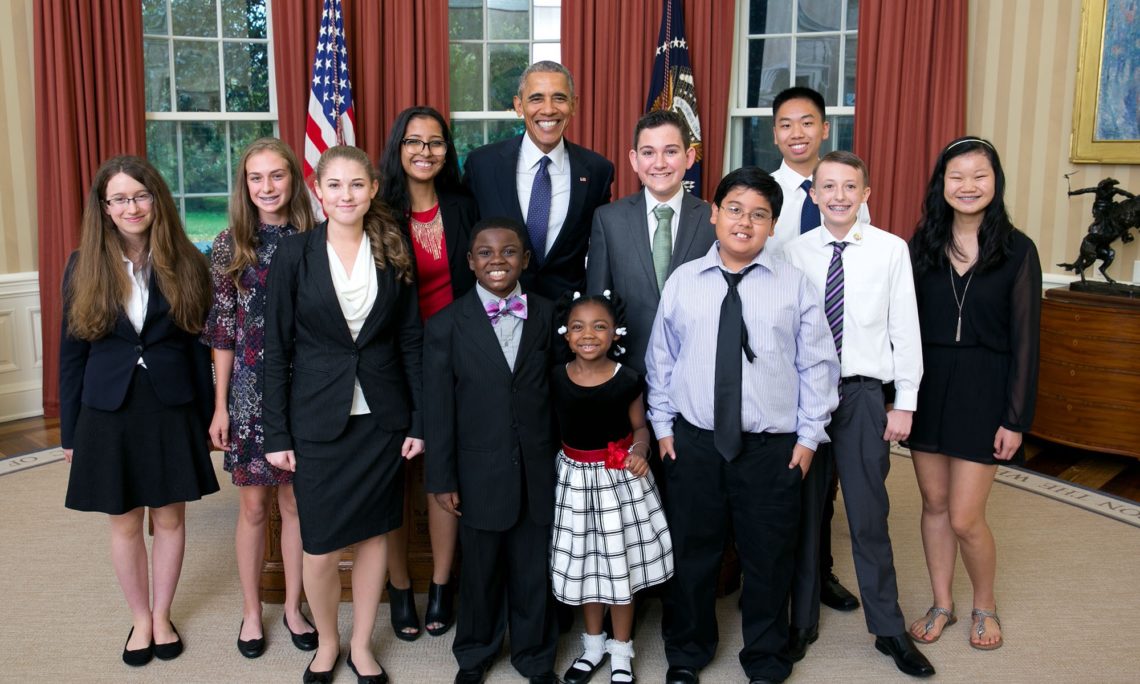 “The very first time I saw a 3D printer was on a trip to the Maryland Science Center in Baltimore when I was 8 years old. It was printing a phone case from scratch. I was so impressed that my parents enrolled me in a summer camp at a local makerspace where I could learn more about it.

I loved 3D printing and I could not wait to get a printer of my own. So I wrote to several companies that make them asking if they’d donate one for me to use at home. In return, I’d provide customer feedback. One company made my wish come true and sent me a printer.

That brought me to the annual White House Science Fair. That’s where I met President Obama. I told him he should have a kid science advisor, because we kids should have input into what we learn about in science class. And he thought that was a pretty good idea!

My wish has once again come true! The President announced he would have kid science advisors, and thousands of kids across the country — including my little sister and me — submitted ideas on what we think is important to explore today in science, tech, and innovation.

On Friday, I was happy to be back at the White House as one of the President’s kid science advisors, sharing my ideas with other official advisors to the President and students interested in STEM like myself — it was so inspiring! Check out some photos of our day.

Because we are the future innovators in America, we know that we can change the world for the better. It’s really incredible to know that President Obama not only took my suggestion seriously, but that he is considering all of our suggestions, even though we are kids. It shows he believes that, no matter how old we are, we can solve the tough problems we’ll face in the future.”