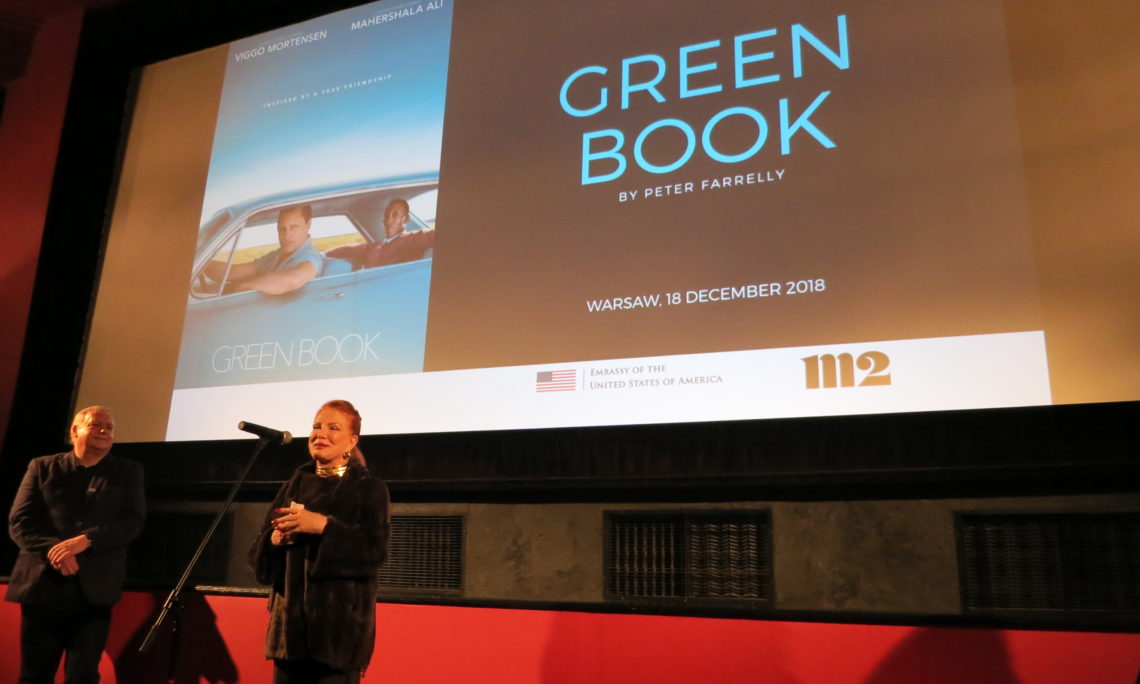 On December 18 at Warsaw’s renowned Muranów Cinema, Ambassador Georgette Mosbacher hosted a pre-screening of Green Book, an Oscar contending film starring Mahershala Ali and Viggo Mortensen based on the courageous and adventurous tour of African-American concert pianist Dr. Donald Shirley and his Italian-American driver of Midwestern and southern America in the 1960’s.  The pre-screening was made possible thanks to the generosity of the Warsaw-based distributor M2Films as well as Gutek Film that operates the Muranów Cinema and organizes the American Film Festival every October in Wrocław.  After the screening, Ambassador Mosbacher hosted a reception for the 200 attendees, including members of the U.S. diplomatic mission in Poland. Green Book  premiered in the United States on November 16 and will be released in Poland on February 15, 2019.  In her welcome remarks, Ambassador Mosbacher praised Poles for their appreciation of importance of film and Poland’s illustrious record of award-winning directors.