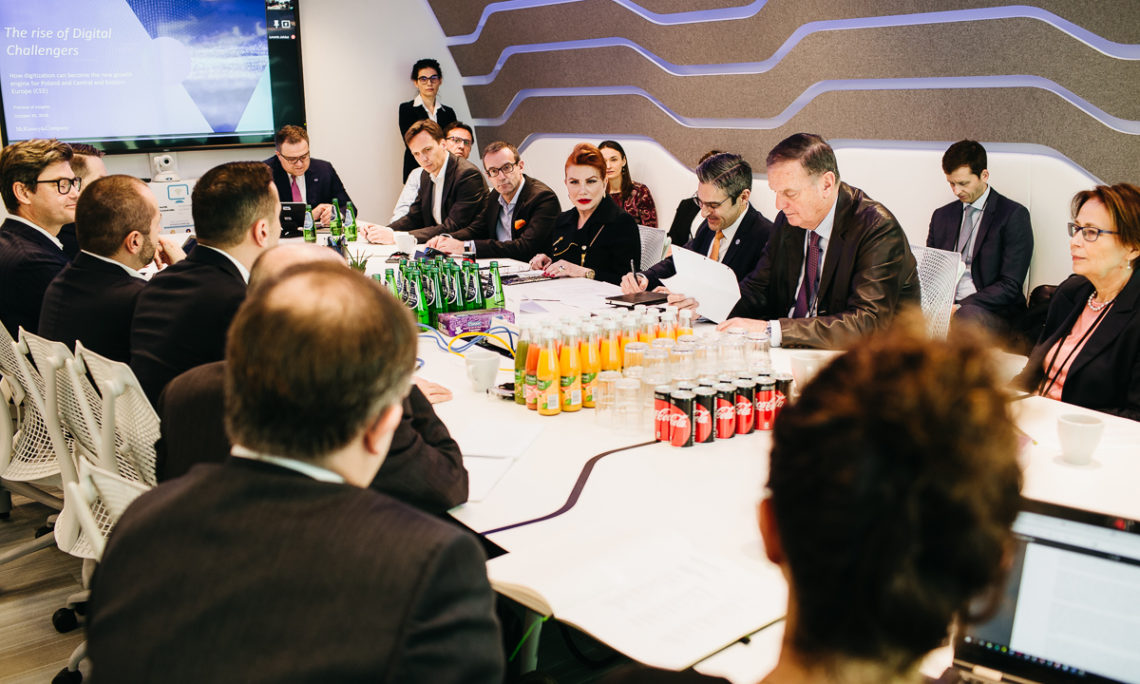 On October 30, Ambassador Georgette Mosbacher delivered remarks at the Atlantic Council’s Central and Eastern Europe breakfast titled “Rise of the Digital Challengers: Digitization as the next growth engine for Central and Eastern Europe,” attended by Polish government and business leaders in the digital sector. The Ambassador noted that the digital economy is the future both financially and technologically, as well as being a critical pillar of the Three Seas Initiative. She stated that the U.S. government seeks to work with the Polish Ministry of Digitization, U.S. digital companies, and other stakeholders to make U.S.-Poland digital cooperation one of the strongest in Europe. Atlantic Council President Damon Wilson moderated a discussion at the event, while General Jim Jones also delivered remarks.