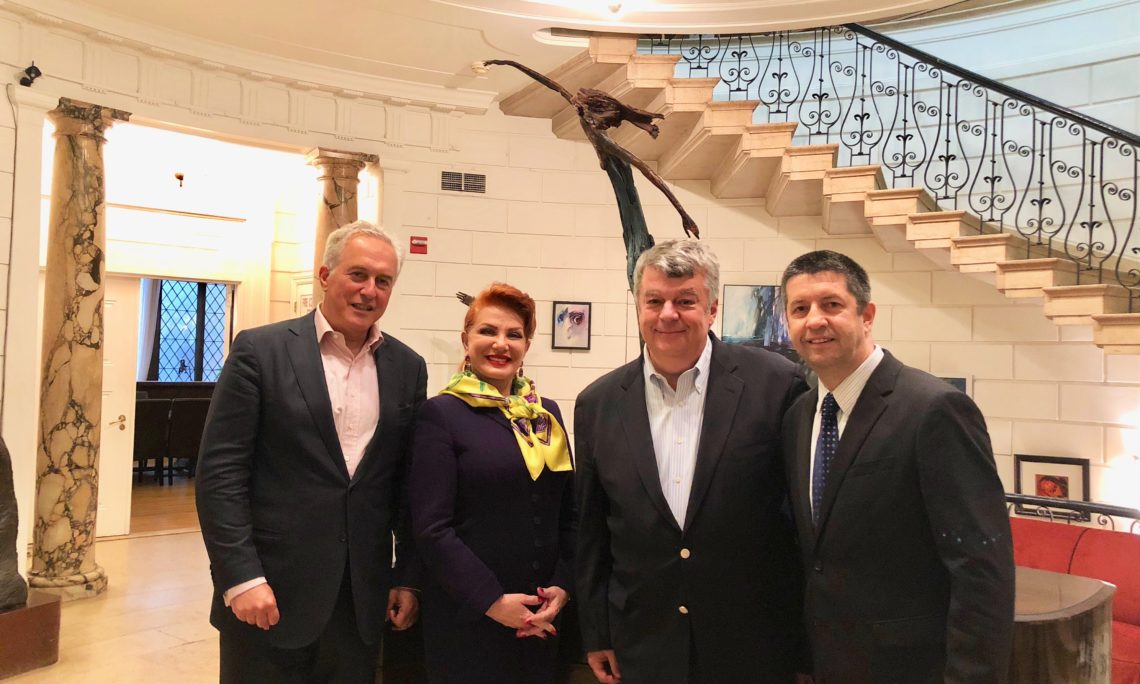 Ambassador Georgette Mosbacher with Andrzey Rojek, Alex Storozynski and Marek Skulimowski (left to right), the Vice-Chairman, Chairman of the Board and President of the New York-based Kosciuszko Foundation.

Founded in 1925 on the eve of the 150th anniversary of Thaddeus Kosciuszko’s enlistment in the American revolutionary cause, the New York-based Kosciuszko Foundation is dedicated to promoting educational and cultural exchanges between the United States and Poland and to increasing American understanding of Polish culture and history.  It annually funds $500,000 in research scholarships for Polish students and young scientists to pursue their research with academic partners in the United States for periods between 3-9 months.  A similar amount of funding goes to other cultural and educational programs also designed to promote friendship and mutual understanding between the Polish and American peoples. In 2010 the Kosciuszko Foundation opened an office in Warsaw in order to boost the foundation’s activities in Poland.