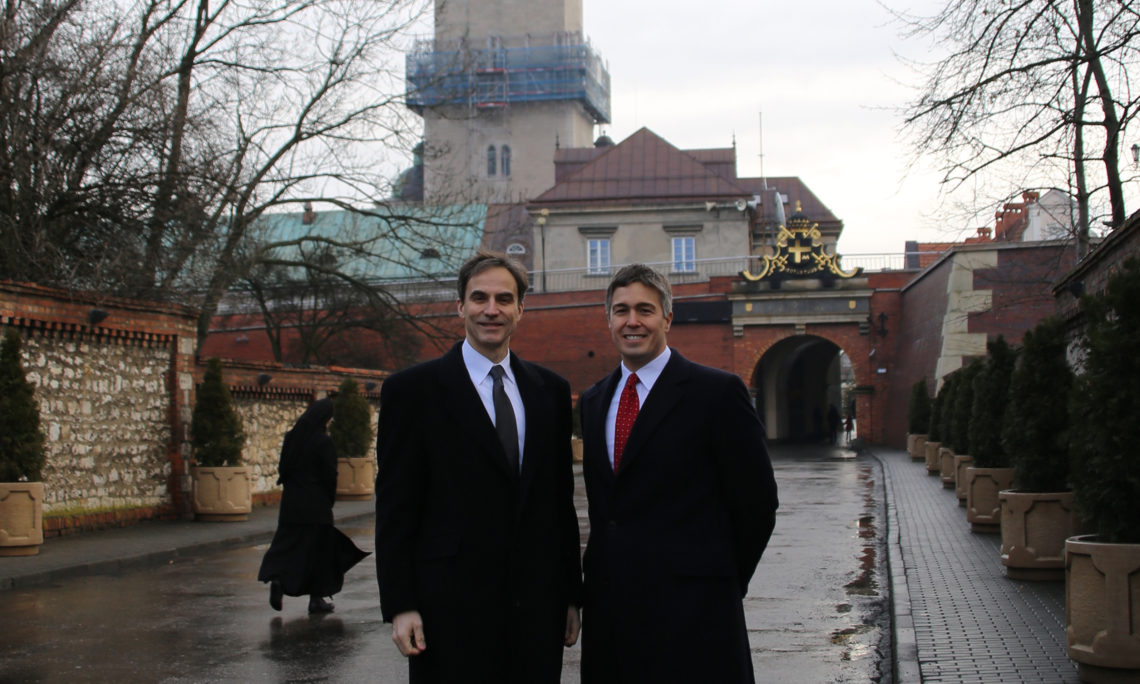 The guests were greeted by the monastery’s deputy abbot, Fr. Mieczysław Polak and were given a tour of the Basilica and the Library.

The Pauline monks’ monastery was founded in the late 14th century. The icon of St. Mary and Child, known as the Black Madonna of Częstochowa is the most valued treasure of Jasna Góra. It has been a pilgrimage destination for centuries.