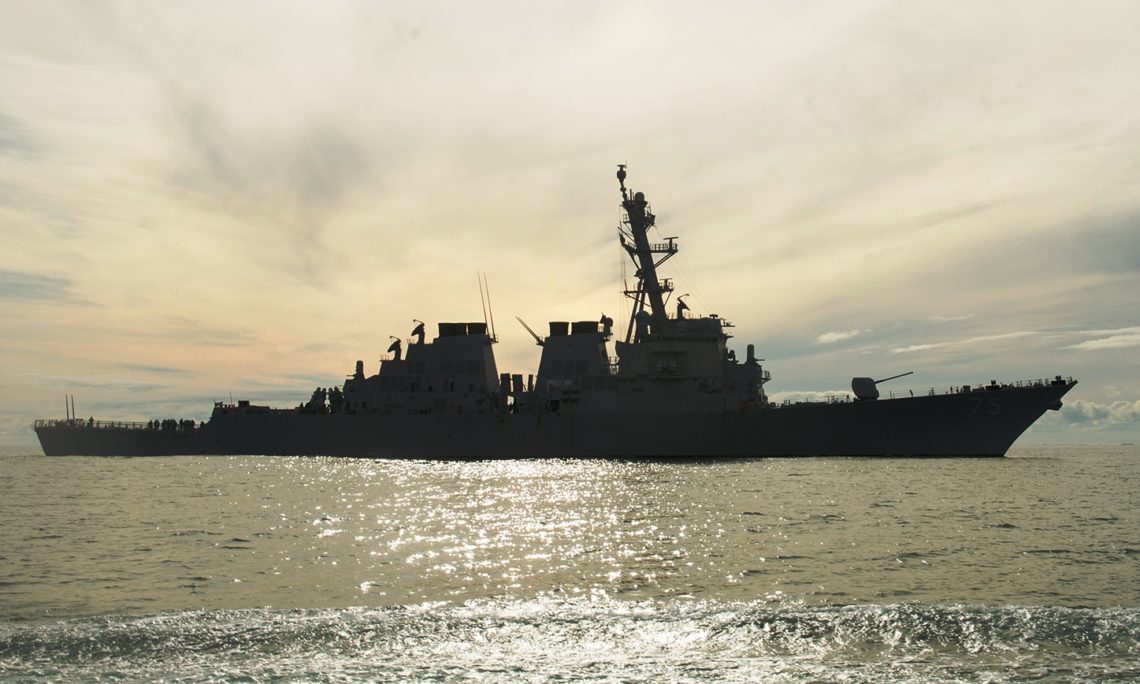 On Friday, April 8th 2016, American Guided-Missile Destroyer USS Donald Cook (DDG-75)  arrived to the port of Gdynia. This routine strengthens the relationship between Poland and the United States as we work together to enhance security in Central and Eastern Europe.  The presence of USS Donald Cook in the Baltic Sea demonstrates U.S. Navy commitment to enhancing maritime interoperability and improving the security of NATO though Operation Atlantic Resolve.

USS Donald Cook is equipped with the modern Aegis Ballistic Missile Defense system.  This system’s primary task is to defend against enemy aircrafts and missiles.  The ship is multi-mission capable and is also effective against other surface ships, submarines, and can strike against targets on land.  Armaments on board include, among others: two MK 41 rocket launchers, ASROC missiles, and Tomahawk cruise missiles.  Its home port was Naval Station Norfolk in Virginia, but recently it has been redeployed to Rota, Spain, as one of four ships designated as Forward Deployed Naval Forces, with a mission to enhance Europe’s security.