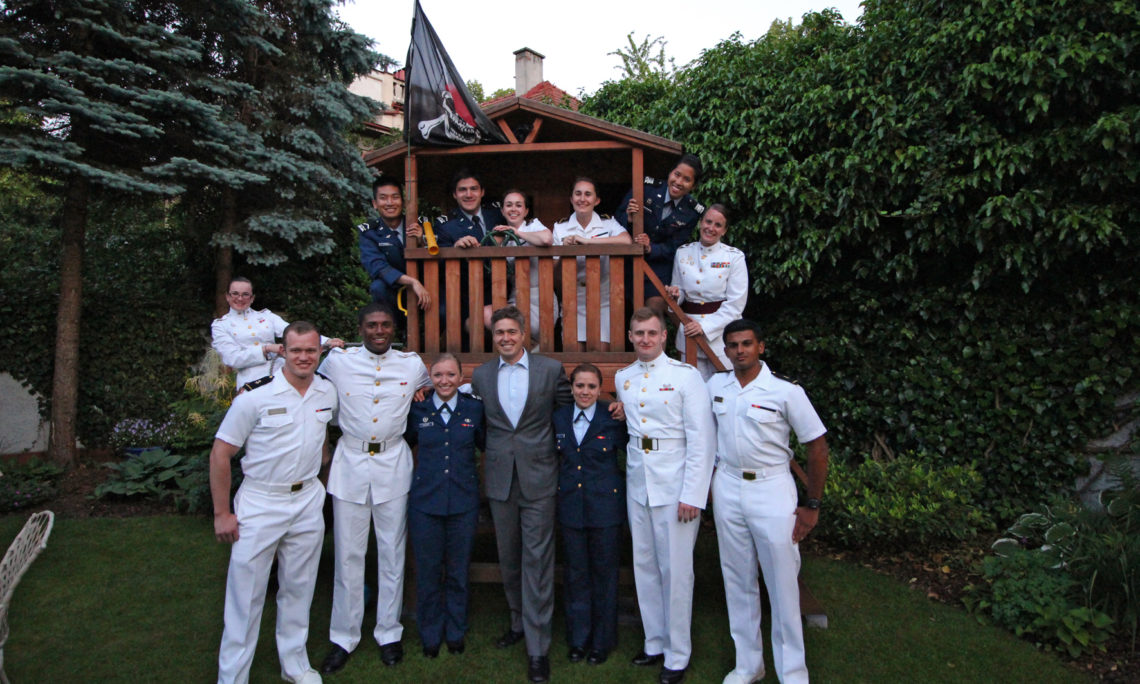 Future American armed forces leaders visited Krakow and Auschwitz as a part of a study tour focused on holocaust and genocide issues.  The delegation included 14 cadets from the West Point Military Academy, Naval Academy, Air Force Academy and Coast Guard Academy. U.S. Consul General Walter Braunohler hosted a reception for them at his residence on June 7.  The event provided an opportunity for the cadets to engage with young Polish leaders, and meet with representatives of Poland’s Jewish institutions and genocide education organizations.

The students are taking part in the American Service Academies Program, a two week study tour that explores the history of the Holocaust in the United States and in Poland.  The Auschwitz Jewish Center, the International Youth Meeting Center of Oświęcim, and the Museum of Jewish Heritage in New York support this important program, which has been running for 12 years.