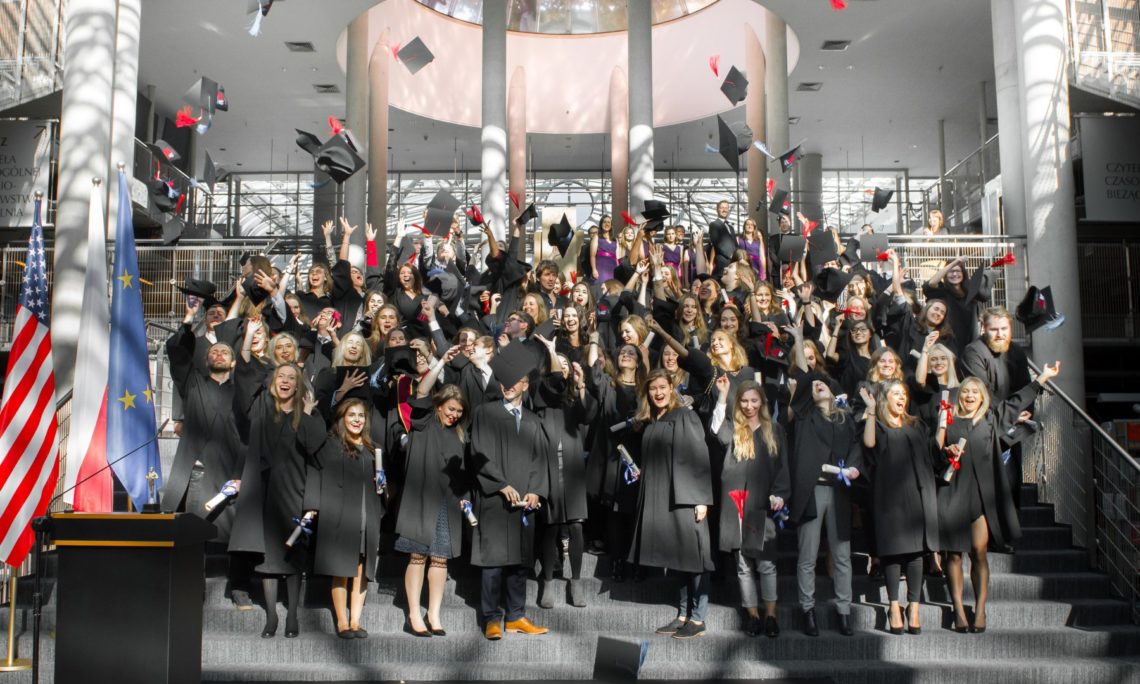 On September 29 Deputy Cultural Attaché Scott Whitmore attended the exciting graduation ceremony of students who completed their undergraduate and graduate programs at the University of Warsaw’s American Studies Center.  It was the first time that the American Studies Center held an “American style” commencement ceremony which students themselves organized.  The ceremony kicked off with the national anthems of Poland and the United States performed by the university’s choir which was followed by remarks by Scott Whitmore, Dr. Grzegorz Kość, the director of the American Studies Center, and the graduate student Nadia Błaszczyk chosen to represent the body of graduates.  Professor Paweł Frelik delivered the commencement speech, which was then followed by the conferment of diplomas and the graduates’ gleeful throwing into the air of their mortarboards.   Photos and a reception with friends and family concluded the joyful event.  The U.S. Embassy, which has enjoyed years of cooperation with the American Studies Center and has hired their students as interns, would like to take this opportunity to congratulate the students – as well as their parents, friends, teachers – on their academic achievement and wish them well in their future careers.