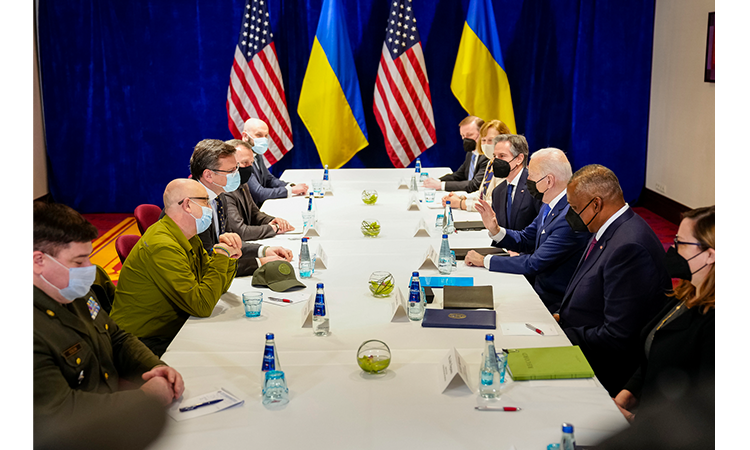 President Joseph R. Biden, Jr., Secretary of State Antony Blinken, and Secretary of Defense Lloyd Austin met with Ukraine’s Foreign Minister Dmytro Kuleba and Minister of Defense Oleksii Reznikov for an update on Ukraine’s military, diplomatic, and humanitarian situation. The President updated the Ministers on U.S. efforts to rally the world in support of Ukraine’s fight against Russian aggression, including through the President’s meetings this week in Belgium, and the significant military and humanitarian assistance the United States is providing to Ukraine. They discussed further efforts to help Ukraine defend its territory. They also discussed the United States’ ongoing actions to hold President Putin accountable for Russia’s brutal aggression, in coordination with our allies and partners, including through the new sanctions actions announced by the President in Brussels on March 24.