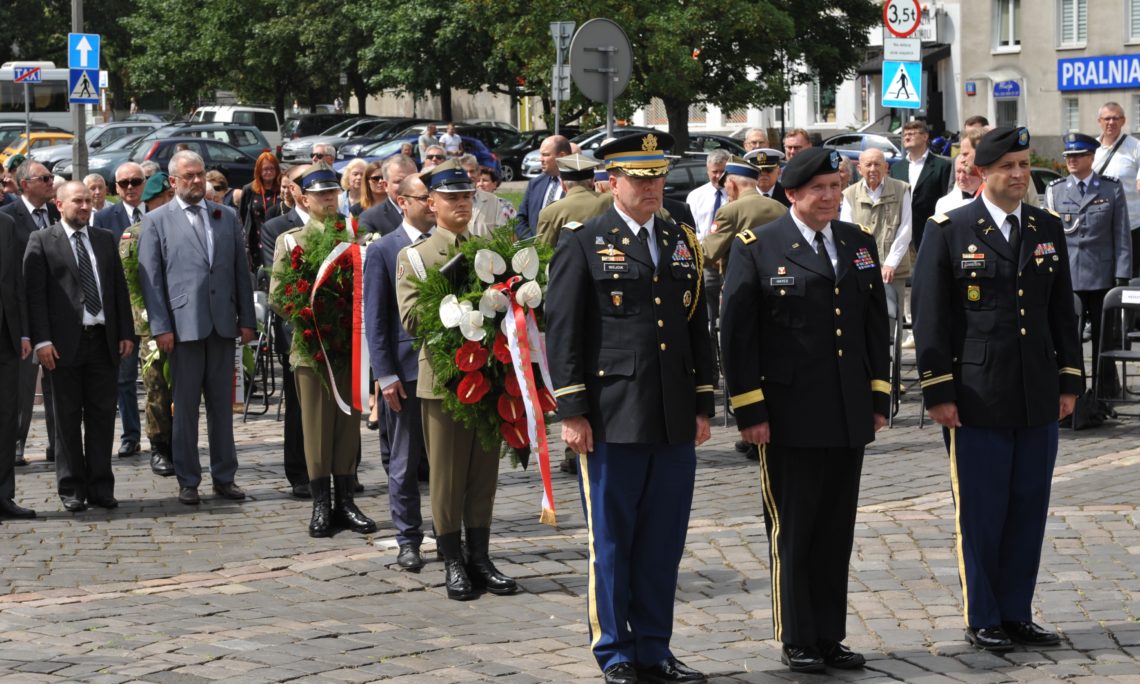 The Embassy commemorated Polish Americans who fought in the Blue Army

On July 23rd, Embassy representatives participated in a special event at the memorial of The War Effort of the Polish American Community in Żoliborz honoring the Blue Army soldiers.   Społeczny Komitet Upamiętnienia 100-lecia Czynu Niepodległościowego and Józef Piłsudzki Institute organized the event commemorating the Blue Army which was led by General Józef Haller and formed in France during the WWI.  It was composed of “Polonia” volunteers from abroad, including thousands of American soldiers, who fought for Poland’s nationhood.

Senator Anna Anders and BG General Adam Joks, Commander of Polish-Lithuanian-Ukrainian Brigade in Lublin as well as military personnel from the U.S. Embassy attended the event.  The veterans, their families and friends also participated in the event.

Andrzej Pityński made The War Effort of the Polish American Community monument in 1998 through the initiative of the Polish Army Veterans Association of America to honor the American soldiers who fought for Poland.  The memorial is inscribed: “To our soldiers from America”.