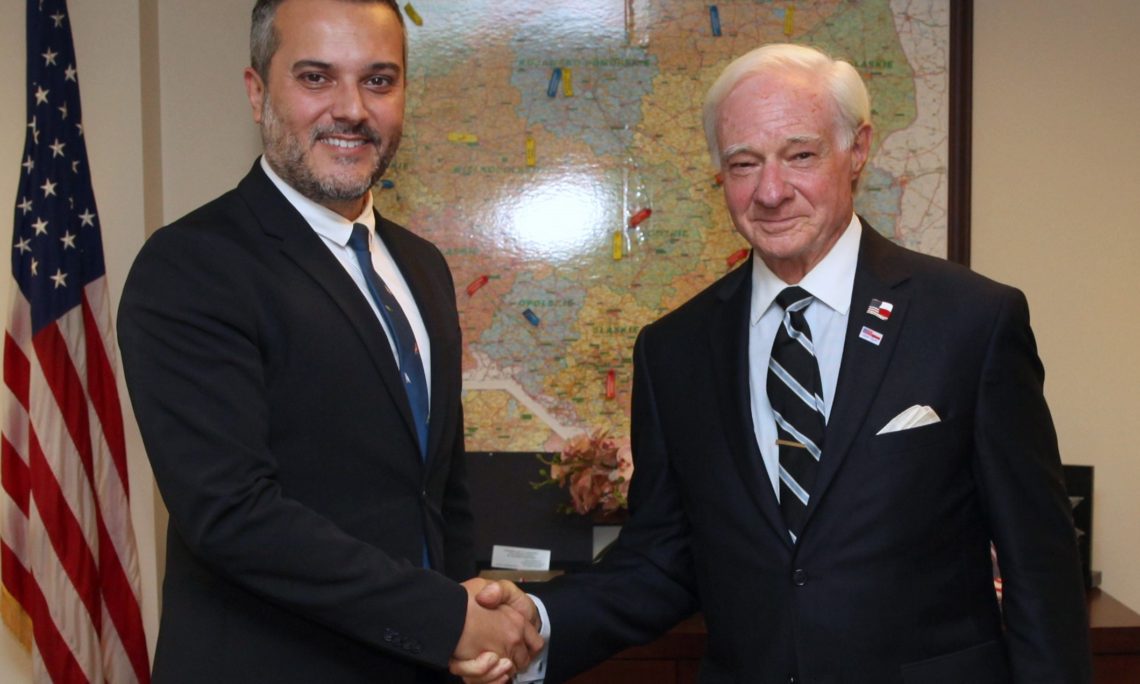 On June 20, Chargé d’Affaires Aliu hosted Anthony Drexel Biddle III, son of former U.S. Ambassador to Poland Anthony Drexel Biddle Jr., for a meeting at the U.S. Embassy in Warsaw.  Ambassador Biddle served as U.S. Ambassador to Poland from 1937-1943, fleeing Poland after the invasion of Nazi Germany in 1940 to continue representing the United States government to the Polish government-in-exile that had fled to France in 1940.  His son was visiting Poland to take part in the newly opened exhibit “Americans in Poland 1919-1947” opened by the History Meeting House (Dom Spotkan z Historia) and sponsored by the American Center Warsaw that vividly documents the contributions to Poland’s rebirth by American officials, volunteers, and unsung heroes who lived and served in Poland during the interwar period, World War II, and its immediate aftermath.  Mr. Biddle shared stories about his father, who went on to serve as U.S. Ambassador to seven other governments-in-exile during the war.  Ambassador Biddle was a personal friend of President Roosevelt and later hired by General Eisenhower to serve on his staff through and after the end of World War II, later serving as U.S. Ambassador to Spain in 1961 before he passed away while on assignment there.  Mr. Biddle was delighted to be in Poland to rediscover his father’s legacy at the same time that Poland’s president was visiting the United States and had met with President Trump, commenting that the senior-level visit shows that “relations between our two countries are alive and as strong as ever.”