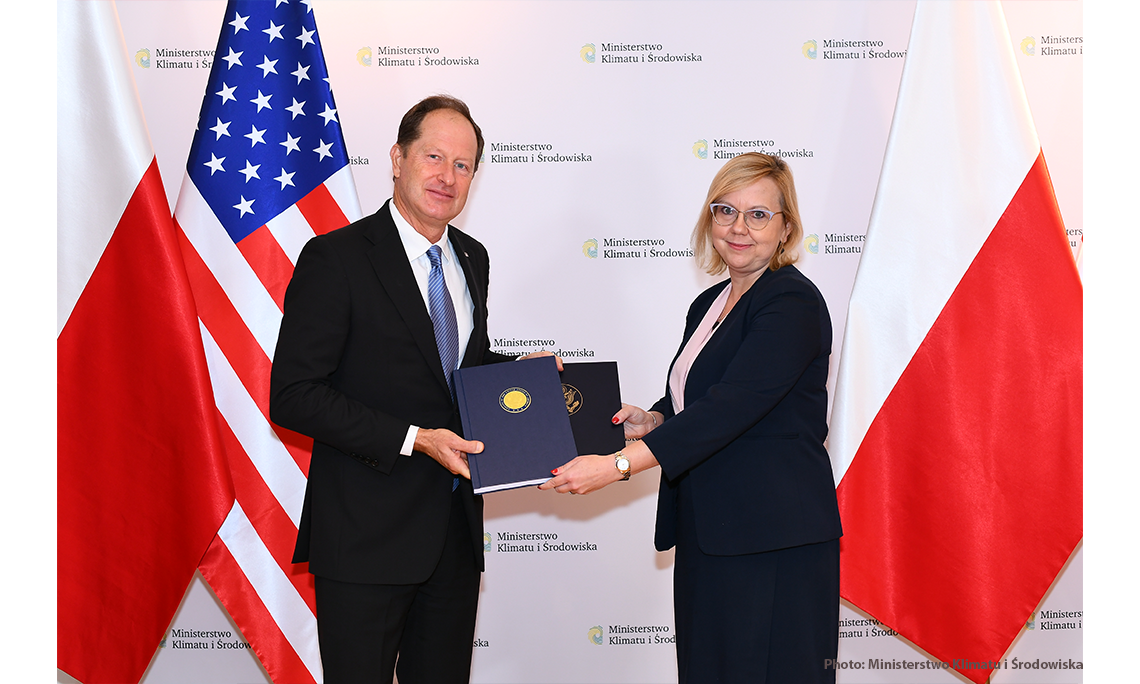 Joint Press Release from the U.S. Department of Energy, the Embassy of the United States of America and the Ministry of Climate and Environment of the Republic of Poland

On September 12, 2022, the United States via the U.S. Department of Energy and U.S. Ambassador to Poland Mark Brzezinski joined Westinghouse Poland President Miroslaw Kowalik and Bechtel’s General Manager for Nuclear Power Ahmet Tokpinar to deliver the Concept and Execution Report for Civil Nuclear Cooperation to Minister of Climate and Environment Anna Moskwa in Warsaw, Poland.

The Concept and Execution Report is a detailed bilateral roadmap to construct six large nuclear reactors using U.S. technology and a framework for strategic cooperation between the United States and Poland on civil nuclear energy. The report fulfills an obligation under the U.S.-Polish Intergovernmental Agreement on Civil Nuclear Energy Cooperation originally signed in October 2020.

Serving as more than a commercial offer, the Concept and Execution Report reflects 18 months of intensive work and millions of dollars of U.S. funded analysis and assessments. To support this report, U.S. project companies Westinghouse and Bechtel conducted detailed studies on the feasibility of AP1000 technology to deliver on the expectations of the Polish Nuclear Power Program and Polskie Elektrownie Jądrowe, the investor in the construction of nuclear power plants in Poland. The final document was thoroughly reviewed by experts and determined complete by a bilateral steering committee co-chaired by Deputy Minister Adam Guibourgé-Czetwertyński from Poland’s Ministry of Climate and Environment and Assistant Secretary Andrew Light from the U.S. Department of Energy.

Speaking about the significance of the document, U.S. Secretary of Energy Jennifer M. Granholm said, “The report is a major step towards Poland’s development of a robust civil nuclear industry that is zero-carbon emitting and will result in another European source of energy that is free from Russian influence. This project has the potential to ensure that the Polish people can receive the safest, most advanced, and reliable nuclear technology available.”

Her counterpart Poland’s Minister of Climate and Environment said: “We appreciate the cooperation and dialogue based on the Intergovernmental Agreement signed by the US and the Polish side in October 2020 which led to finalization of the Concept and Execution Report. This Report will be taken into account by Poland’s Government when it takes key technology-related decisions in the fall of this year. Nuclear power deployment in Poland will significantly contribute to socio-economic development and what recently became crucial due to the outbreak of Russia’s aggression to Ukraine – to ensuring energy security.”

U.S. Ambassador to Poland Mark Brzezinski said, “Poland can find no better partners than Westinghouse and Bechtel. This comprehensive report is a reflection of the U.S. commitment to Poland’s energy security and could mark the expansion of our multi-dimensional strategic relationship across the security and economic spheres.”