Home Strona główna / News & Events / Join the Online VR Performance of The Dybbuk and Learn about Its Legacy! 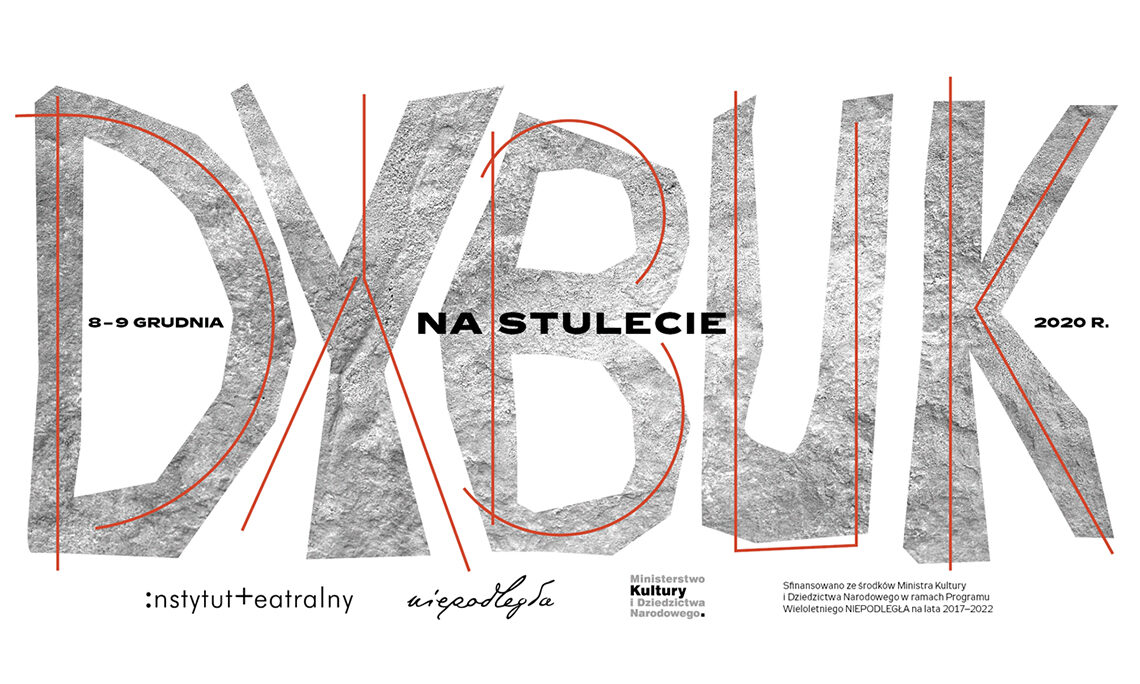 The world premiere of S. Anski’s Yiddish play, The Dybbuk, took place in Warsaw’s Elizeum theatre on December 9, 1920 – exactly a century ago. Though initially inauspicious, the play became a popular success in Poland and across the globe, so much so that today it is considered one of the most renowned Jewish plays in contemporary history.  To honor the centennial of its premiere, we invite you to join online between December 8-9 for a two-day virtual festival to discuss the creation and legacy of The Dybbuk.

The Warsaw-based Theatre Institute, together with Rachel Merrill Moss and Paweł Passini, and with support from the U.S. diplomatic mission in Poland, have organized a free two-day online festival of talks and performances. On December 8th at 6:30pm CEST, Fulbright Poland alumna Rachel Merrill Moss will moderate a panel of international scholars whose own research intersects with The Dybbuk‘s creation and circulation (event will be in English).  On the 100th anniversary itself, December 9th at 8pm CEST, the festival culminates in the world premiere of an immersive Dybbuk-inspired performance directed by Paweł Passini, using 360-degree camera technology, with live music, and performances in Yiddish and Polish. More event information and details here.

The Dybbuk has been translated into numerous languages, and performed through dance, opera, film, literature, and in fine art. It has inspired artists from the Jerome Robbins to the Tony Kushner to the Coen Brothers, and continues to be one of the most performed Jewish plays in the present day.  Don’t miss out on this opportunity to learn more about the iconic play’s premiere, rise to international fame, and enduring legacy.