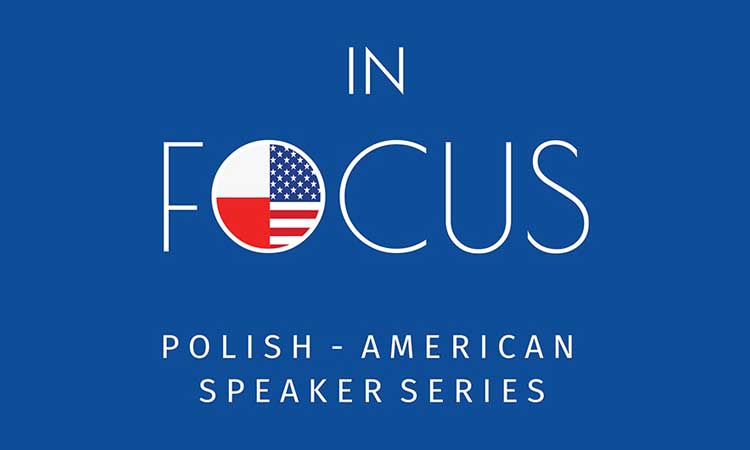 Come and meet NASA Associate Administrator Steve Jurczyk and hear about humankind’s return to the Moon!

Do you want to learn about how we will return to the Moon in 2024? How will astronauts land on the Moon’s South Pole, what spacecraft is NASA building to take them to deep space, how will a permanent human presence on the Moon be established, and what new scientific, technological and economic opportunities will open up with NASA’s 2024 lunar program?

The presentation will be in English. Dr. Karolina Bąkowska from the Nicolaus Copernicus Astronomical Center of the Polish Academy of Sciences will lead the discussion.

Entry is free but please register with your name and affiliation by September 10 at WarsawSeries@state.gov.

Mr. Stephen Jurczyk became NASA’s associate administrator, the agency’s highest-ranking civil servant position, effective May, 2018. Prior to this assignment he was the associate administrator of the Space Technology Mission Directorate, effective since June, 2015.  In this position he formulated and executed the agency’s Space Technology programs, focusing on developing and demonstrating transformative technologies for human and robotic exploration of the solar system in partnership with industry and academia.

He previously was Director at NASA’s Langley Research Center in Hampton, VA. Named to this position in May 2014, he headed NASA’s first field Center, which plays a critical role in NASA’s aeronautics research, exploration and science missions.  Jurczyk served as Langley’s Deputy Center Director from August 2006 until his appointment as director.

Jurczyk began his NASA career in 1988 at Langley in the Electronic Systems Branch as a design and integration & test engineer developing several space-based Earth remote sensing systems.  From 2002 to 2004 Jurczyk was director of engineering, and from 2004 to 2006 he was director of research and technology at Langley where he led the organizations’ contributions to a broad range of research, technology and engineering disciplines contributing to all NASA mission areas.

Jurczyk is a graduate of the University of Virginia where he received Bachelor of Science and Master of Science degrees in Electrical Engineering in 1984 and 1986.  He is an associate fellow of the American Institute of Aeronautics and Astronautics.

Dr. Karolina Bąkowska earned her Ph.D. in Physics and Astronomy and is a researcher at the at the Nicolaus Copernicus Astronomical Center of the Polish Academy of Sciences, specializing in pulsating stars.  She was awarded Fulbright Junior Advanced Research Award and spent nine months doing research at the Department of Astronomy of the Ohio State University.  Nicolaus Copernicus Astronomical Center gave her Youth Award in 2014 for the best publication.  She also won scholarships and grants from the Polish Academy of Sciences, Ministry of Higher Education, and National Science Center.  She worked at American and British universities and gave popular science lectures in observatories and at Pyrkon and Copernicon sci-fi festivals. Author of Niesamowity Wszechświat (Amazing Universe), a book for children explaining the basics of astronomy and the universe.

As 2019 marks the 100th anniversary of U.S. –Polish diplomatic relations, the U.S. Embassy Warsaw and American Center Warsaw invite you to In Focus: Polish –American Speaker Series, a monthly discussion of important topics for U.S.-Polish relations.  The aim of this initiative is to connect engaging Polish and American experts with an audience consisting of representatives from NGOs, business, academia, media, government and students in an informal, yet informative, setting at our American Center Warsaw.

Speakers will include alumni of U.S. exchange programs, U.S. and Polish experts, and Embassy diplomats who will exchange viewpoints and share solutions on topics of interest to both countries.  Each month will feature a different theme with an opportunity for two-way discussion with our speakers.

We invite you to join us at our American Center Warsaw for a lively discussion and light refreshments where we will bring the U.S. and Polish relationship into focus and shape the narrative of future U.S.-Polish relations together.