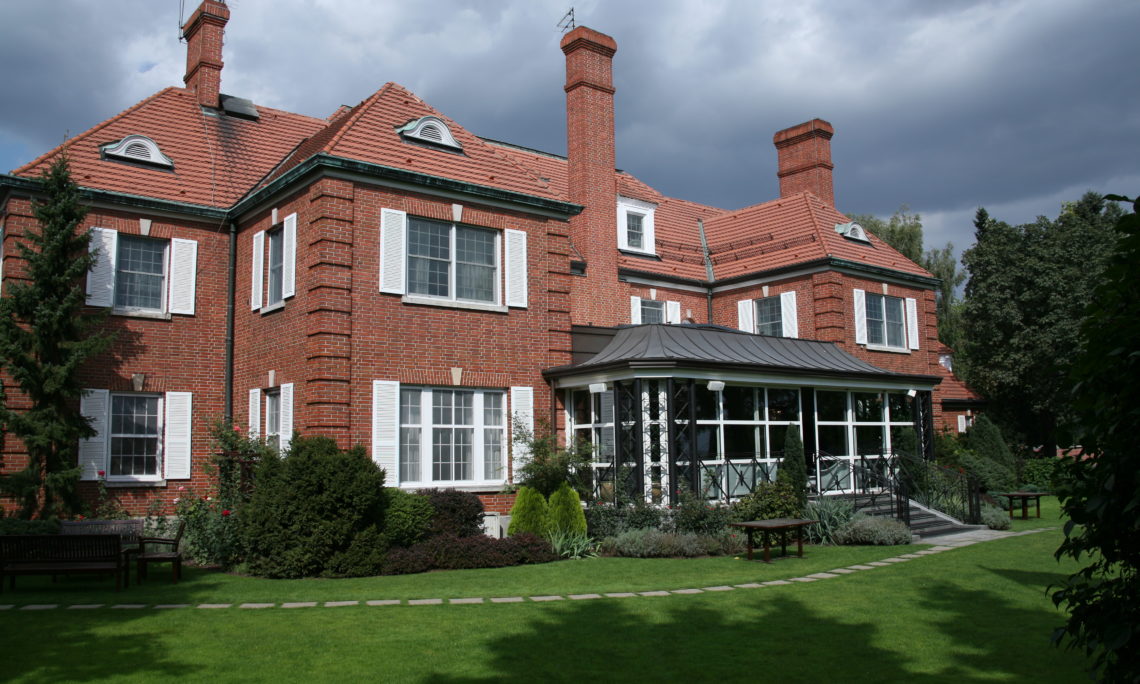 The Residence of the U.S. Ambassador in Warsaw occupies an attractive one acre tract of land on a hill overlooking the southern approaches to the city.  The house, designed in the Williamsburg style by an architect from the State Department’s Office of Buildings Overseas (OBO), is similar to other ambassadorial residences built around the world in the early 1960s, including the ambassador’s residence in Canberra, Australia.

The Ambassador’s residence is used regularly by the U.S. mission to Poland for representational events, such as lectures, dinners, award presentations and diplomatic receptions, including the annual Independence Day celebration each July.

Since its construction in 1967, the Residence has been enlarged in 2005, to enclose the terrace, an initiative of Ambassador Ashe.