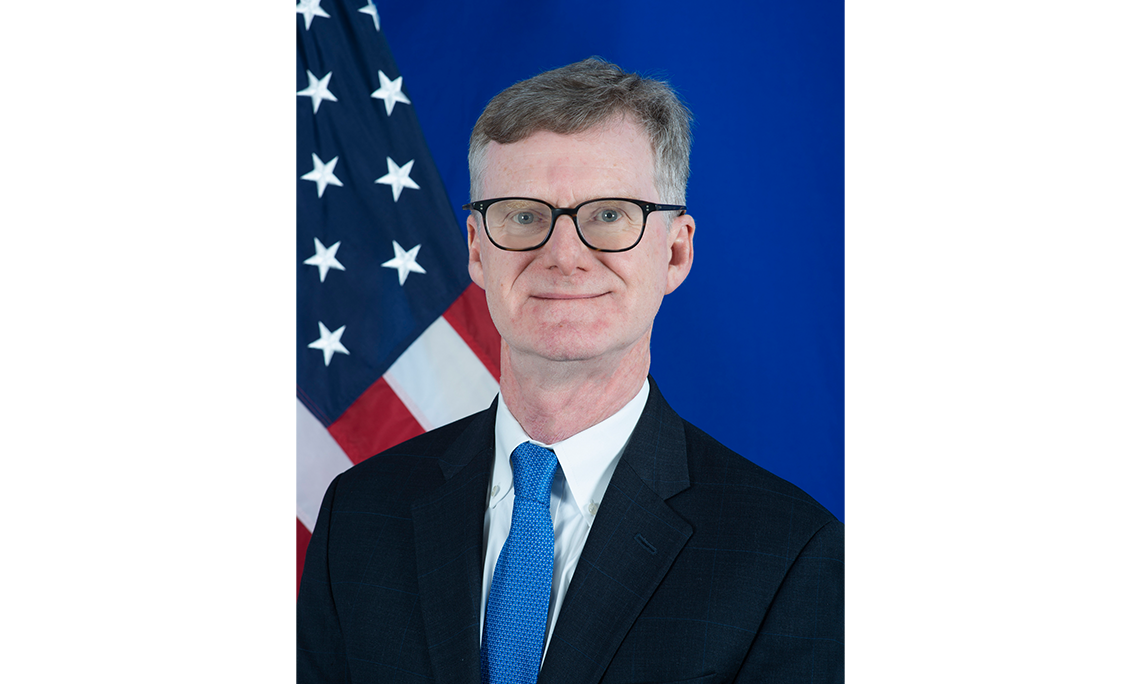 Daniel Lawton is career member of the Senior Foreign Service with over 30 years of diplomatic experience.  He most recently was Director of the Ukraine Task Force at the U.S. Department of State.  Prior to that, he was Director of the Office of Central European Affairs at the State Department for three years.  In that position, he promoted stronger bilateral ties with ten Central European countries, especially Poland.

Lawton’s last overseas assignment was in Belfast, where he served three years as the Principal Officer, leading the American Consulate General team in Northern Ireland.  Before Belfast, he was the Deputy Director of the Office of Southern European Affairs at the U.S. Department of State.

Lawton earned a Bachelor’s degree and Master’s degree in International Relations from Brown University and Syracuse University, respectively.  He and his wife, Paula Hawkins, are from Syracuse, New York.  They have two children.