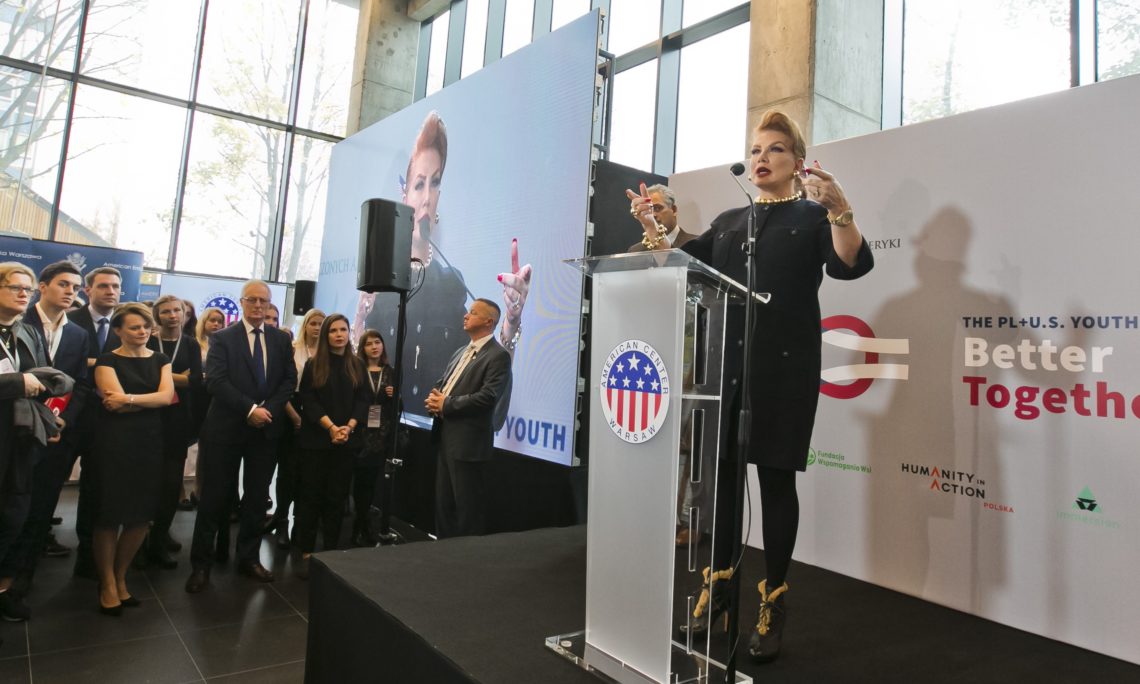 On October 26, Ambassador Mosbacher kicked off the first ever PL+U.S. Youth Forum and officially opened the American Center Warsaw at Warsaw’s University of Technology.  Minister for Entrepreneurship and Innovation Jadwiga Emilewicz and Warsaw University of Technology’s Vice-Rector for Science Rajmund Bacewicz joined the Ambassador at these major events.  At the start of the PL+U.S. Youth Forum, Ambassador Mosbacher encouraged the audience of 300 Polish students to “dream big”  while the Polish officials encouraged students to make a difference in Poland and to seek out opportunities connecting them with the United States.

The PL+U.S. Youth Forum formed a major part of the U.S. Embassy’s yearlong and still ongoing “Sto Lat Razem” celebrations marking Poland’s rebirth and U.S. support a century ago.  The forum included panels and keynote presentations on the four main pillars of U.S. and Polish cooperation:  security, economic prosperity, people-to people exchanges and democracy.  The panels featured Polish alumni of U.S. government exchange programs and highlighted the value that alumni add to strengthening the already strong relationship between Poland and the United States.  Youth participants also took part in networking sessions featuring Embassy and U.S. military representatives, NGOs, and Polish businesses where participants learned about opportunities to travel and work in the United States and career-enhancing professional opportunities in Poland.