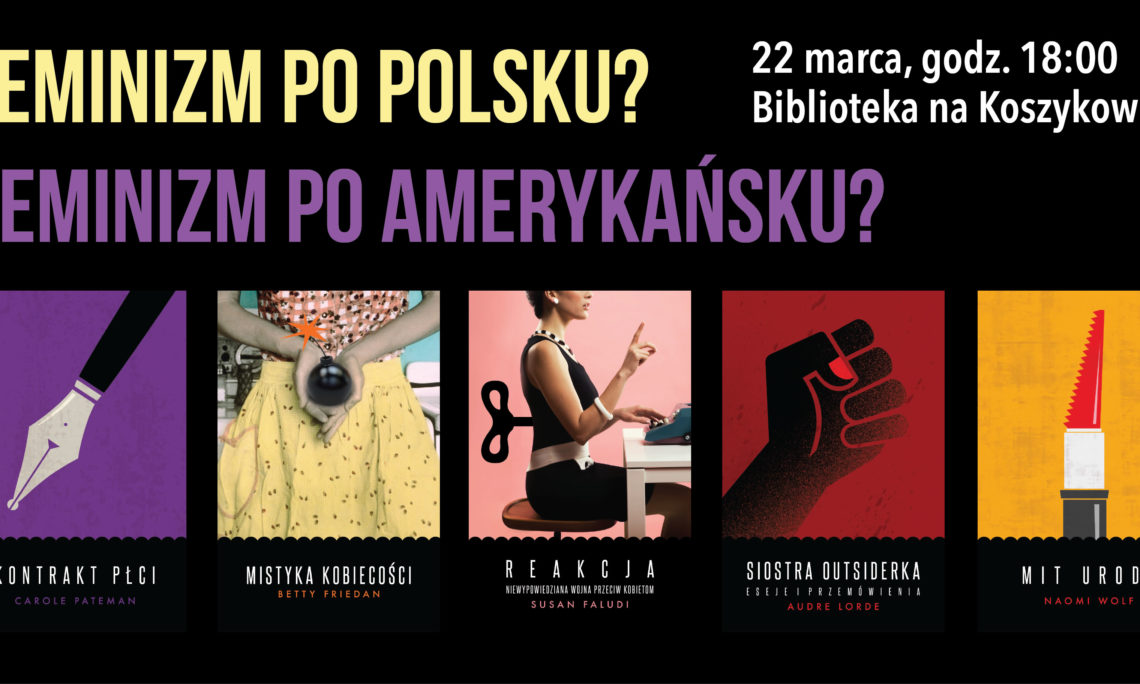 In cooperation with the Public Library at Koszykowa we are pleased to invite you to an event honoring Women History Month.

On Tuesday, March 22 we will be talking about American feminist books published in Polish in a series called the Library of Congress of Women with the prominent women activists:

Agnieszka Graff – American Studies Professor, translator and feminist writer, also a member of the Congress of Women programming board and author of several books, including: Świat bez kobiet {World without Women] and Matka feministka [Mother feminist];