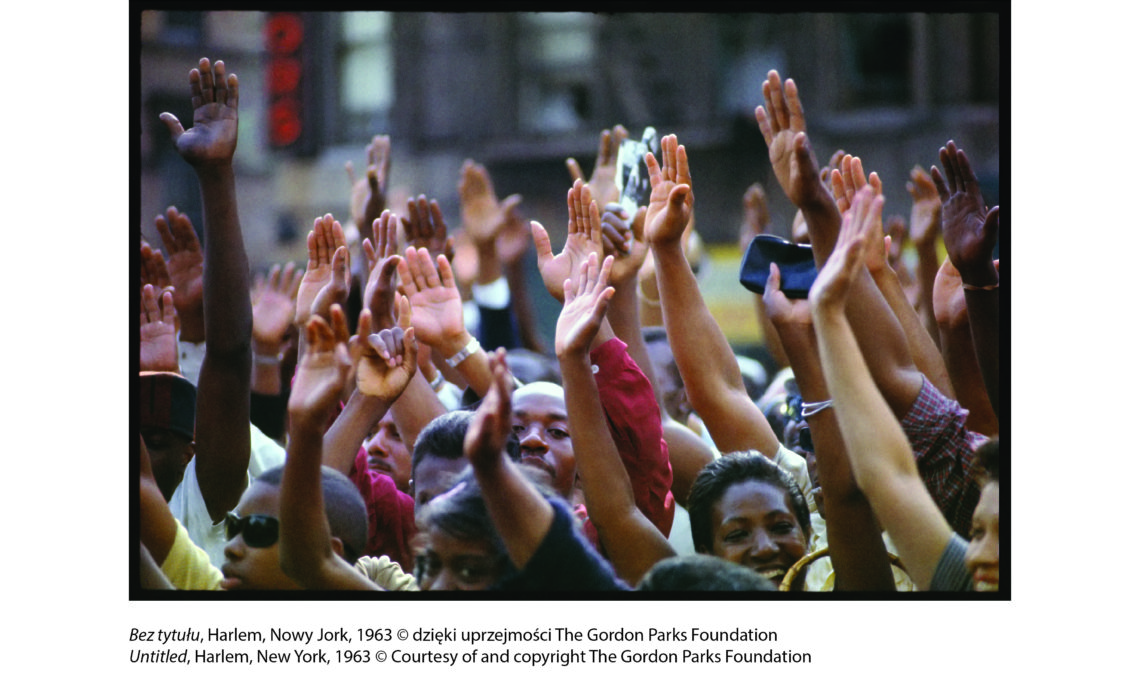 The Embassy is a proud sponsor of the first ever exhibition of photography by the acclaimed American photographer, filmmaker, composer and author of fiction and nonfiction — Gordon Parks: I Use My Camera as a Weapon.

Resulting from a long term cooperation with the Gordon Parks Foundation, the exhibition will be open for public viewing from March 18 to May 21, 2017 at the National Gallery of Art Zacheta. The show will then travel to the Muzeum Współczesne, Wroclaw where it will be presented until August 22, 2017. The exhibition is a selection of 80 photographs, many of them – iconic, some – not well known, but all presenting the author’s deep humanism and his social consciousness.

Curator’s tours of the exhibition and screenings of Parks’ films will be a part of the rich educational program for all age groups.

Gordon Parks has participated in, been witness to, and documented many of the major events in the 20th and 21th centuries. He took up photography in the 1930 when he moved to Chicago from his hometown Minneapolis. He worked for the Farm Security Administration and, during WWII, for the U.S. Office of War Information.

He photographed fashion for Vogue and Glamour magazines and contributed to Life as a photo journalist until 1969. He was a founder and editorial director of Essence magazine in the early 1970s. His film carrier included documentaries, like Flavio, or Emmy Award – winning Diary of Harlem Family, and Hollywood features, like the Learning Tree, Shaft and Leadbelly.