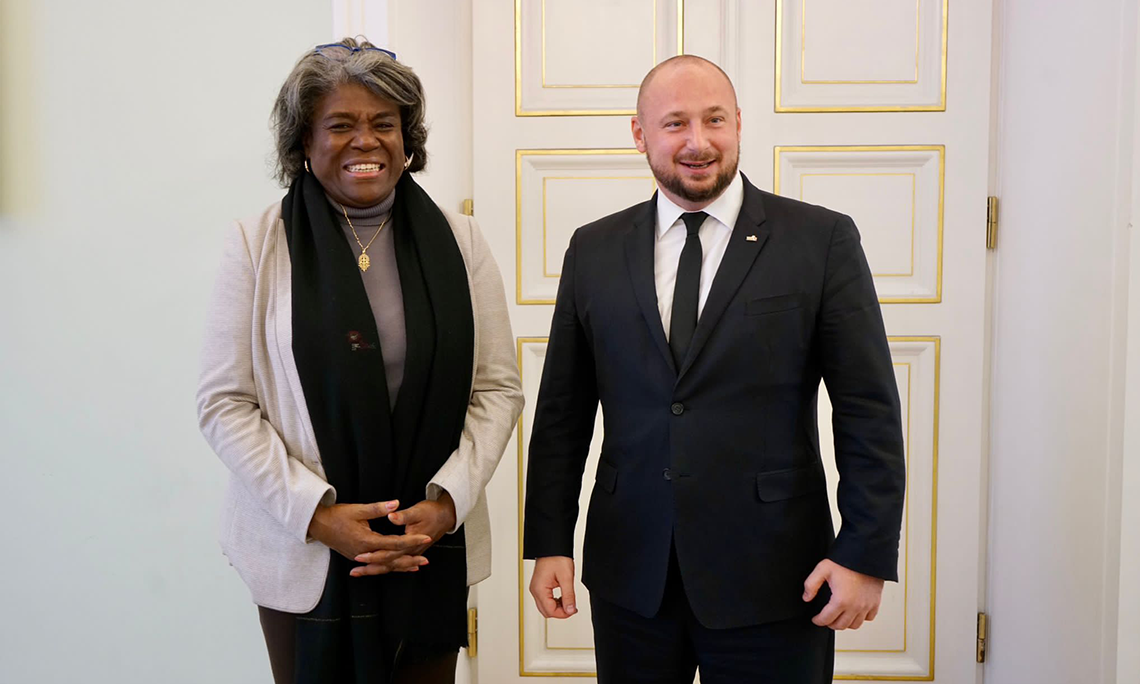 The below is attributable to U.S. Mission to the United Nations Spokesperson Nate Evans:

Ambassador Linda Thomas-Greenfield, U.S. Representative to the United Nations, met with Jacek Siewiera, Chief of the National Security Bureau of Poland today in Warsaw. Ambassador Thomas-Greenfield underscored the importance of the U.S.-Polish strategic relationship, particularly in our collective response to Russia’s brutal war against Ukraine. She praised the strong support that the people and government of Poland have provided to the millions of Ukrainians fleeing Putin’s unprovoked war.

Ambassador Thomas-Greenfield reiterated that commitment to democratic institutions and the rule of law continue to be the bedrock of our transatlantic alliance. She also welcomed the Government of Poland’s historic selection of American nuclear power technology from Westinghouse, further solidifying the strategic energy partnership between the United States and Poland.