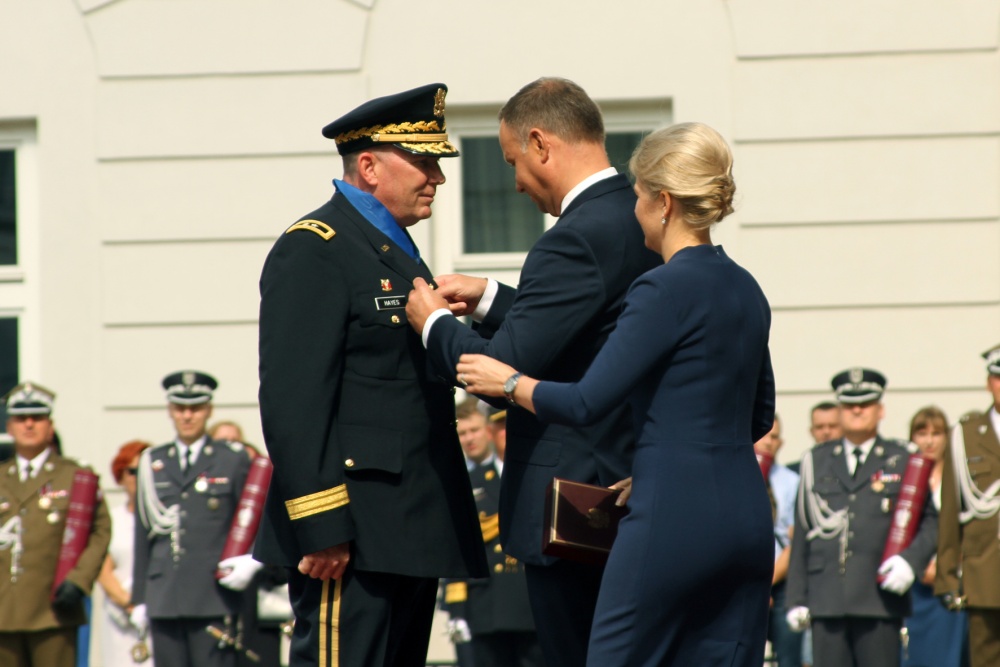 Illinois National Guard (ILNG) Commander Major General Richard J. Hayes received the Commander’s Cross and Star of the Order of Merit of the Republic of Poland from President Andrzej Duda for his contribution to Poland’s defense and sovereignty on August 15 during a ceremony at the Presidential Palace.

The ILNG-Poland relationship was reinforced by the delegation of over 40 Illinois National Guard Soldiers, Airmen and Distinguished Senior Leaders that supported the annual Polish Armed Forces Day parade in central Warsaw. This overwhelming support included the addition of a KC-135 Aerial Refueling Aircraft in the parade fly-over.