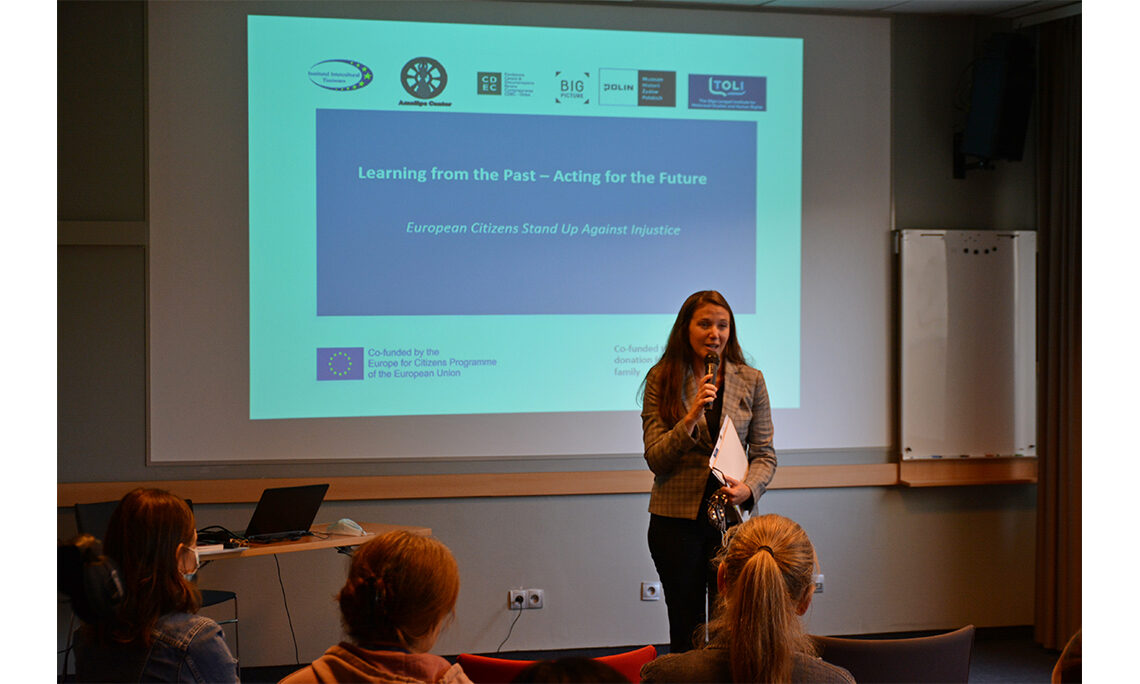 Cultural Affairs Officer Jeanne Briganti helped kick off the fourth edition of The Olga Lengyel Institute (TOLI) seminar, which provides training to educators around the world on Holocaust education and human rights.  A group of 30 educators from all over Poland are participating in the seminar, which takes place in Warsaw, Oswiecim, and Krakow.  Ms. Briganti joined Ms. Oana Nestian-Sandu, TOLI international programs director, and Ms. Łucja Koch, head of the education department at Warsaw’s POLIN Museum of the History of Polish Jews in welcoming the participants and setting the stage for the program.

Ms. Briganti spoke about the Embassy’s support for initiatives that promote remembrance, education, and dialogue on the Holocaust.  She commended the teachers for their engagement, noting the unique responsibility and opportunity teachers have to build open-mindedness and tolerance in their students.

Based in New York, TOLI educates students in the United States and Europe world about human rights and social justice through the lens of the Holocaust and other genocides so that such atrocities may never be repeated.  To date, TOLI has supported over 2,000 educators in the United States and Europe who, in turn, have applied the lessons of the Holocaust to understand and act against social injustice, bigotry and hatred.  The Institute is named after Olga Lengyel, a survivor of Auschwitz and the author of Five Chimneys: A Woman Survivor’s True Story of Auschwitz.  An American immigrant and philanthropist, Olga Lengyel dedicated herself to remembering the martyrs and lessons of the Holocaust so that such atrocities would never happen again.

Katarzyna Łaziuk, TOLI’s representative in Poland who organized the seminar, is an alumna of teacher training on Holocaust organized by the Jewish Foundation for the Righteous and sponsored by the Department of State.  Since 1996, the Embassy has sent nearly 100 Polish teachers to the United States for these educational exchange programs.