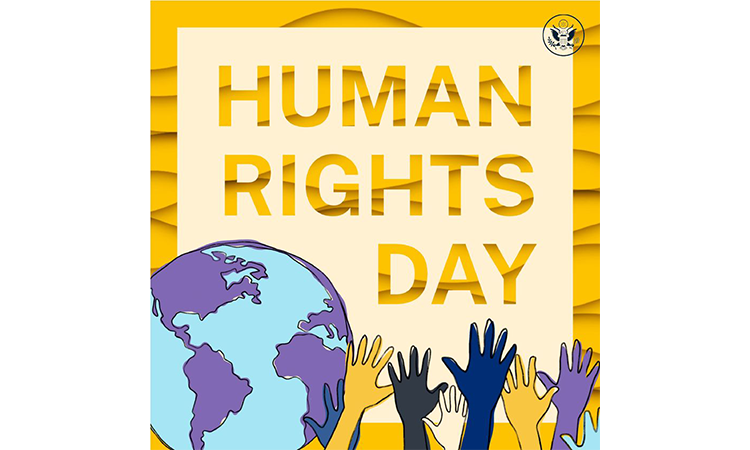 On December 10, 1948, the United Nations General Assembly adopted the Universal Declaration of Human Rights (UDHR) affirming that “all human beings are born free and equal in dignity and rights.”  Tomorrow, we honor the UDHR and its proclamation that human rights are to be universally protected.  All persons have these rights and should be free to exercise them, without discrimination, no matter what they believe, whom they love, or where they live. All means all.

Tomorrow we recognize that inherent dignity and the rights of all are the bedrock for justice and peace around the world.  Russia’s brutal war against Ukraine puts into stark relief the imperative to stand up for these universal human rights.  United with our allies, we will continue to support the people of Ukraine as they courageously defend their country and their freedom.

Russia is far from the only government in the world that abuses human rights.  As the world faces atrocities, racism, injustice, and crackdowns on freedom of expression and peaceful assembly we salute the brave people—including journalists, environmental activists, and other members of civil society—who shine a light on abuses and strive for accountability.

The United States champions a vision for our world grounded in respect for democracy and human rights.  On its 74th anniversary, we celebrate this milestone document and urge implementation of its historic proclamation of universal human rights for everyone, everywhere.