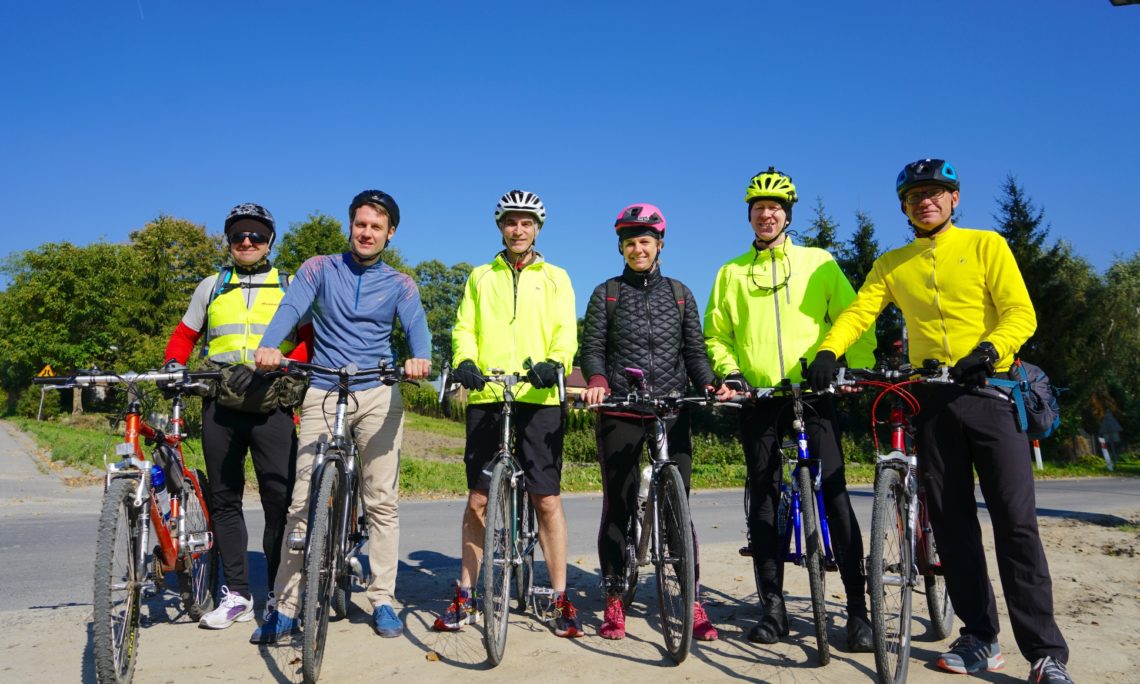 From September 29-October 1, Ambassador Jones and Embassy colleagues rode almost 150 kilometers on bicycles in the Lubelskie region of Poland.  Conducting “Dyplomacja na Rowerze” (Diplomacy on Bicycle), Ambassador Jones got to see up close the beauty of this picturesque and vibrant region and to familiarize himself with local culture and customs.  During his ride, he rode or met with regional and local officials, children, teachers, local bike clubs, religious leaders, housewives associations, park rangers, firefighters, and even a leading beekeeper in Poland.

Among some of the many memorable sites Ambassador Jones visited were the Old Town in Zamosc, a UNESCO World Heritage site famed for its Renaissance architecture, and the city’s beautifully restored Jewish synagogue;  Szczebrzeszyn where the Ambassador mastered a famous Polish tongue twister with the help of local children, the Roztoczanski National Park in Zwierzyniec; the beautiful Panska Dolina which the Ambassador viewed from a horse-drawn carriage escorted by Polish cavalry reenactors on horseback; Roman Catholic and Polish Catholic Churches in Tarnogora; and the historic Dworek Staroscianski in Krasnystaw.  Ambassador Jones completed his bicycle diplomacy in the township of Krzczonow where he attended a regional harvest festival and served on a culinary jury.  Throughout the trip, Ambassador Jones experienced incredible warmth, hospitality, and a gracious reception wherever he went.  The unique outreach also enabled him to meet with local citizens and hear their perspectives about life in a historically diverse region.  As Ambassador Jones remarked at the harvest festival, the Lubelskie region is a fantastically rich, vibrant, and welcoming region that everyone should visit.