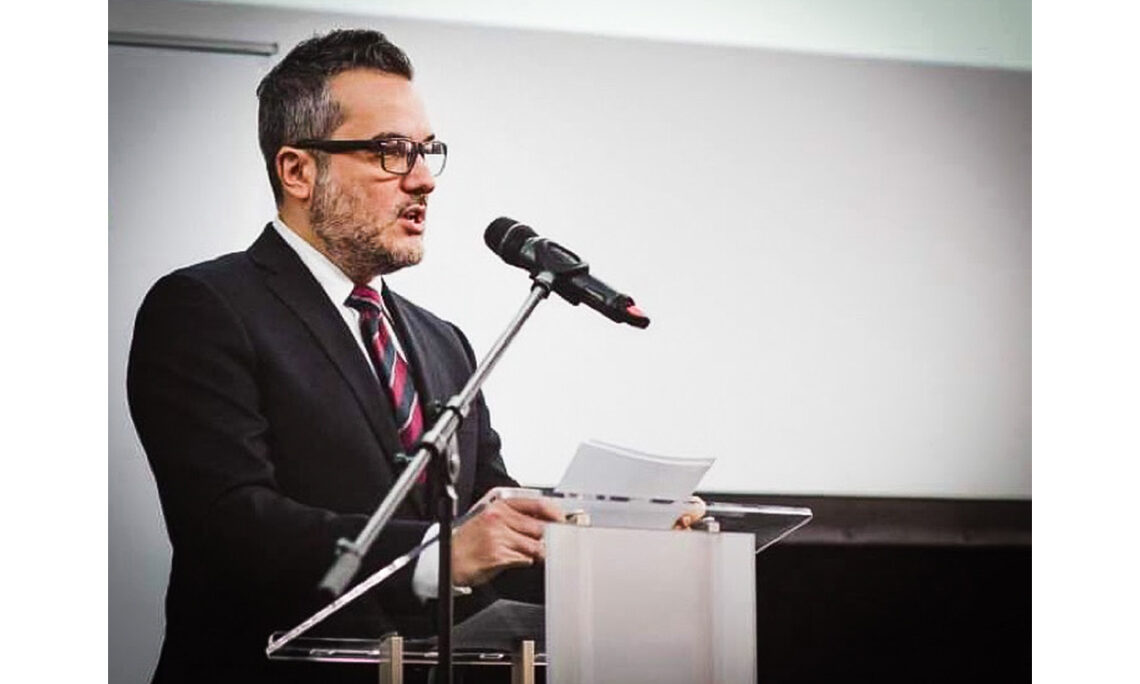 Good afternoon.  My name is Bix Aliu.  I am the Chargé d’Affaires at the U.S. Embassy in Warsaw.  Let me start by congratulating the organizers for the third edition of this conference on Media for Freedom.  I appreciate the opportunity to speak with you today.  It’s an honor to join such distinguished participants as Vice President Vera Jourova of the European Commission, , and former Polish President Lech Wałęsa.

I happen to have with me a photo of Lech Walesa.  This is a copy of the first edition of Gazeta Wyborcza.  This newspaper was launched in 1989 by the Solidarity Union as a result of round-table talks with the then-Communist government.

Poles and other media outlets.  However, the Polish people, today, clearly value  robust media diversity.  The vast majority of Poles have no nostalgia for the Communist era when the state controlled all media.

That’s why we are concerned when there is talk about draft legislation that would force media companies to sell shares as a way to “deconcentrate” the media.  Such efforts may damage Poland’s investment climate and  international reputation.  They would undermine Poland’s own democratic ideals.

Transactions that involve a willing buyer and a willing seller do not necessarily threaten the investment climate in the same way.  However, a trend of state-owned or state-allied companies buying media outlets is concerning.  Investors would see this as de facto nationalization and look to other countries to invest.  It would undermine media pluralism.  Similarly, taxation policies that disproportionately impact independent media outlets spook investors.  They tip the playing field toward state-affiliated media and represent another threat to media freedom.

As an American, I know that our greatest strength lies in the power of our example.  I think this is true even when we make mistakes. We’re not perfect — far from it — but we strive to live up to our highest ideals and principles.  At our best, we speak freely and protest peacefully.  We criticize our political leaders without retribution.  Members of our press can work without fear of interference.

We in our Embassies are also used to being criticized.  Even when it’s uncomfortable, we welcome that feedback.   Communication is a two-way street.  Contrary opinions can help move us toward mutual understanding.  They can even result in revised policies.  One of the criticisms that I’ve heard a lot recently arises from a misunderstanding of the notion of censorship and the government’s role.  Let’s be clear that “censorship” refers to governments preventing free speech.  You have some experience with censorship in East Central Europe.  You know that it never worked well.  It is not the role of government to prohibit social media companies from publishing their users’ comments.  Governments should also not prohibit them from banning or blocking an account from a user who violates the company’s terms of service.  Free speech doesn’t mean private companies – whether newspapers, television, or social media – have an obligation to provide an outlet for everyone that has an opinion.

Long ago, my first grade teacher taught me that just because you can say something doesn’t mean that you should.  As a child that meant not calling people names. As an adult that means not using hate speech, knowingly spreading disinformation, or expressing bias or prejudice.

As responsible journalists, that’s one question that I’m sure you ask yourselves: am I providing true and accurate information that serves my community? Or am I providing a platform for harassment, lies, or incitement to violence?  These aren’t easy questions to answer. I trust you as journalists to have a better answer than a government censor.

Responsible journalism is even more complicated in a globalized and digital world. Information freely crosses borders with lightning speed.  There is a role for government in providing guidelines.  The United States and the European Union share values and objectives.  We need to stop the proliferation of illegal content on the internet without compromising our commitment to freedom of expression and the free flow of information.  We want to avoid a “splinternet.”  That’s where each country or region has its own rules and regulations to govern online content.  Instead, we hope to build a common Transatlantic approach for how to govern speech on the internet.  Both our citizens and the digital economy will benefit from this harmonized approach.

In the end, journalism depends on both strong journalists and strong, sustainable institutions.  I applaud the organizers and participants in this conference for contributing to both.