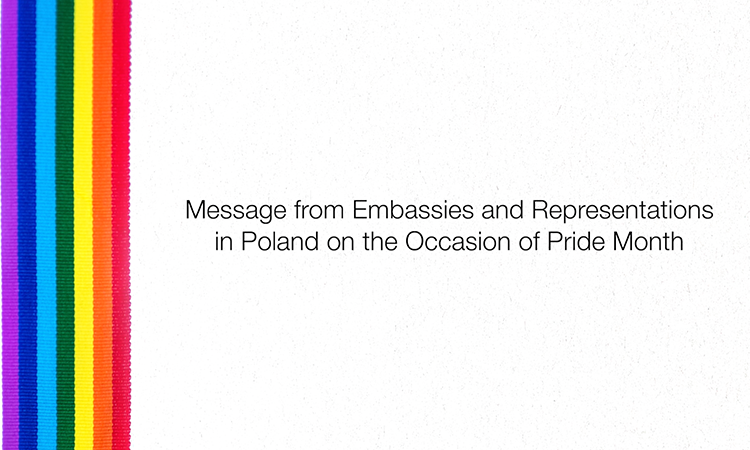 On June 13th, on the occasion of Pride Month, U.S. Ambassador Mark Brzezinski presented an Open Letter of Support to the LGBTQI+ community on behalf of 46 embassies and representations based in Warsaw.

The letter carries a positive message, affirming the fundamental rights enshrined in the Universal Declaration of Human Rights and other international legal provisions.

This year, the letter also acknowledges the LGBTQI+ community’s contributions to supporting those fleeing the war in Ukraine as an integral part of Polish society.

Every year, since 2012, members of the diplomatic community in Poland sign an open letter expressing support for actions to raise public awareness of the problems affecting the LGBTQI+ community and other minorities in Poland, as well as around the world, that face similar challenges.  This year, the Embassy of the United States of America coordinated the collection of signatures, taking over this role from the Royal Danish Embassy – coordinator in 2021. Next year, the role of the coordinator will be taken over by the Embassy of the Kingdom of Norway.