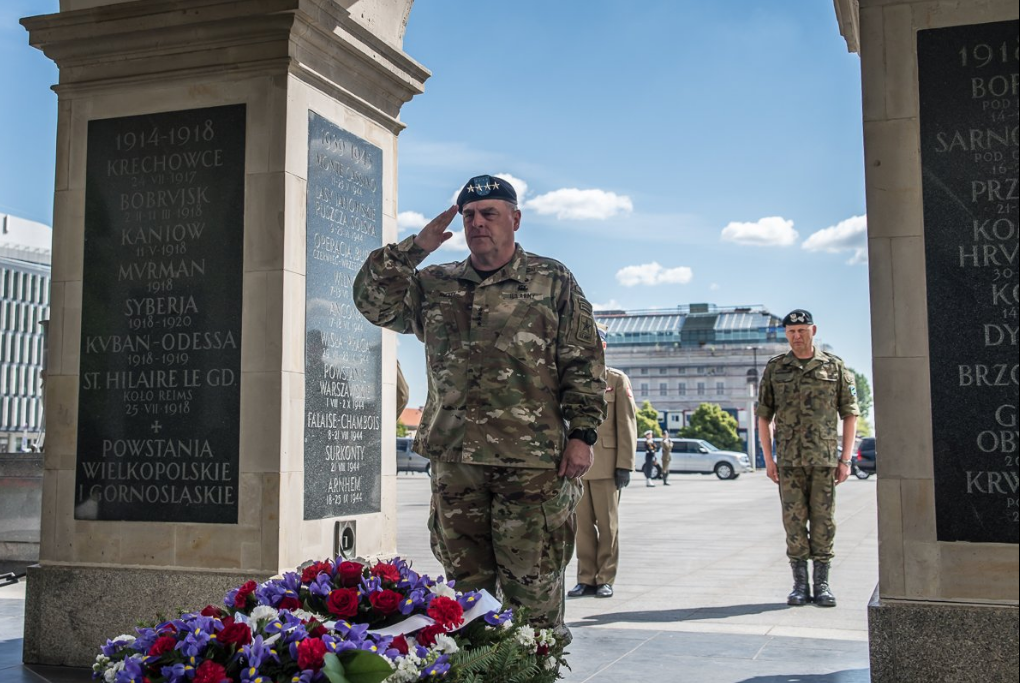 Chief of Staff of the U.S. Army General Mark Milley

On 6-8 June, Chief of Staff of the U.S. Army General Mark Milley will visit Poland. He will take part in the ceremonial opening of the Anaconda 16 exercise at the National Defense University in Warsaw, together with Ambassador Jones and LTG Ben Hodges, Commander of the U.S. Army in Europe. During his visit to Warsaw General Milley will meet Minister of National Defense Antoni Macierewicz among other senior Polish civilian and military leaders.  General Milley will also pay his respects to Poland’s fallen soldiers at the Tomb of the Unknown Soldier, and observe Anakonda exercises near Torun, including a multinational sky diving operation involving nearly 2,000 paratroopers and equipment.

Exercise Anakonda 16 is a Polish-led, multinational military exercise taking place in Poland from June 7-17.  The exercise involves more than 25,000 participants from more than 20 nations.  Anakonda 16 demonstrates Allied forces can effectively unite together under a unified command to conduct large scale operations.