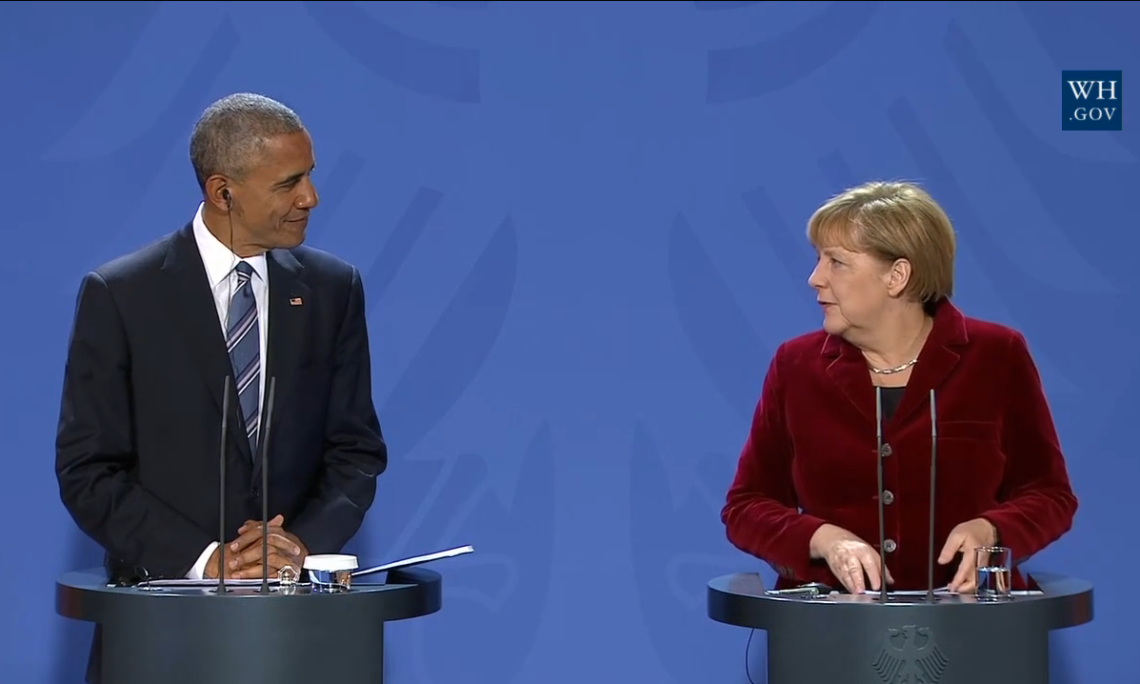 (…) Our alliance with our NATO partners has been a cornerstone of U.S. foreign policy for nearly 70 years — in good times and in bad, and through Presidents of both parties — because the United States has a fundamental interest in Europe’s stability and security. The commitment that Angela and I share to this guiding principle has formed the basis for our conversations this afternoon.

We discussed our efforts to keep our countries competitive and to create jobs and opportunity on both sides of the Atlantic. The negotiations on agreements like T-TIP have been challenging, and obviously at a moment when there’s concerns about globalization and the benefits that accrue to particular people, it is important that those negotiations and channels of communication remain. Because, ultimately, what we have shown over the last several decades is that markets and trade and commerce can create prosperity in all of our countries — that it’s not a win-lose situation, but it can be a win-win situation.

And at a time when the European project is facing challenges, it’s especially important to show the benefits of economic integration by continuing to invest in our people and working to reduce inequality, both within and across our countries. (…)