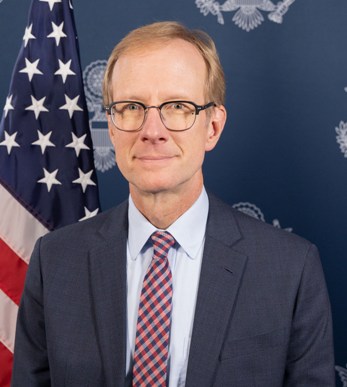 In 2013 he earned a master’s degree in strategic studies at the Naval War College in Newport, Rhode Island. He was promoted into the Senior Foreign Service in 2015. He received a B.A. from St. Lawrence University in Canton, New York, in 1985 and an M.A. in International Relations from the Johns Hopkins School of Advanced International Studies in Washington, DC, in 1988. He speaks Spanish, French, Vietnamese, and Polish.

He and his wife, Diane, have two adult sons. He is an avid runner and a fan of Chicago sports teams.