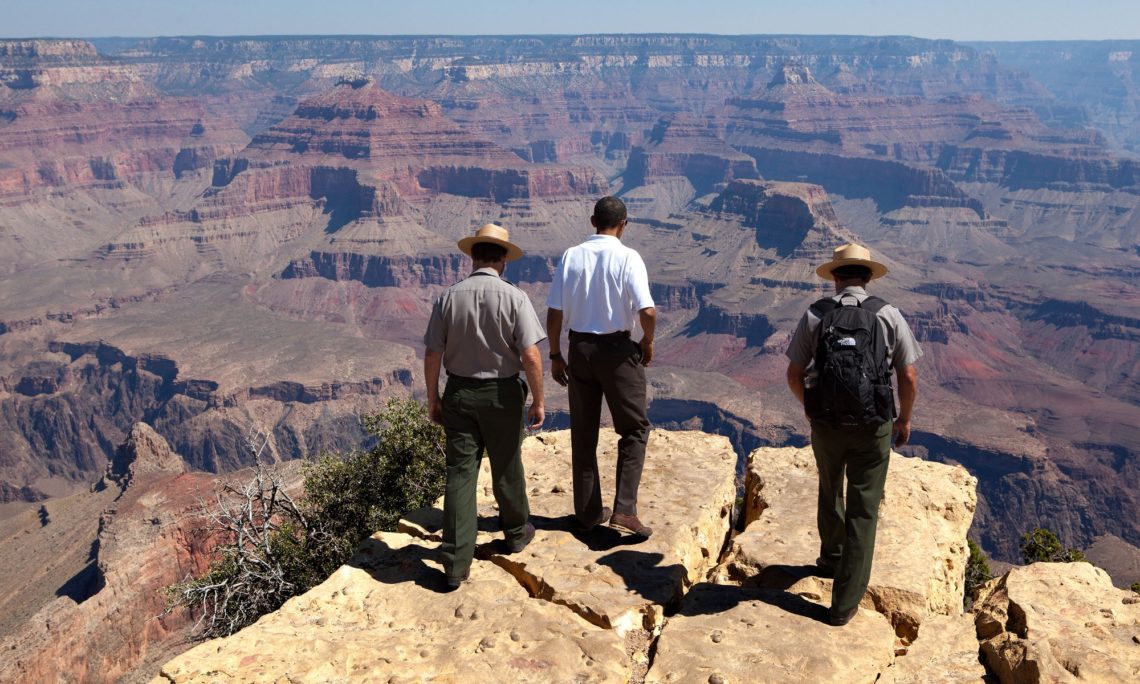 THE WHITE HOUSE
Office of the Press Secretary
August 22, 2016

In 1872, the Congress established Yellowstone National Park — the first park of its kind anywhere in the world. Decades later, the passage of the Antiquities Act in 1906 created our first national historic preservation policy. Under this new authority, and heavily inspired by his time in nature with conservationist John Muir, President Theodore Roosevelt set aside 18 new monuments and landmarks, adding to the scattered collection of existing parks throughout our country. One decade later, in order to provide the leadership necessary for maintaining our growing system of parks, the Congress passed monumental legislation — which President Woodrow Wilson signed on August 25, 1916 — to create the National Park Service (NPS). All existing National Parks were placed under the management of the NPS, ushering in a new era of conservation, exploration, and discovery — and securing, throughout the century that would follow, the profound legacy of an interconnected system of natural wonders.

Over the course of the past 100 years, our national park system has grown to include more than 400 locations across our country. Ranging from seashores to waterfalls, winding trails to rugged mountains, historic battlefields to monuments and memorials, every treasured site under the NPS is uniquely American. Our parks play a critical role in environmental stewardship, ensuring that precious wildlife can thrive and that ecosystems can provide the many benefits on which we depend. They have sustained the stories and cultures that define the American experience, and they embody the people and movements that distinguish our Nation’s journey.

As we reflect on the many natural and cultural gifts that our National Parks provide, we must also look to the next century and pledge to secure our precious resources. That is why my Administration has protected over 265 million acres of public lands and waters — more than any Administration in history — and worked to save endangered and vulnerable species and their vital habitats. Climate change poses the biggest threat to our planet and our parks and is already dangerously affecting park ecosystems and visitor experiences. It is imperative that we rise to meet this challenge and continue leading the global fight against climate change to ensure that our parks remain healthy for all who will come after us.

Often called “America’s best idea,” our National Parks belong to Americans of all ages and backgrounds. NPS sites and their recreational, educational, and public health benefits are our American birthright. Last year, these sites welcomed more than 300 million visitors, and my Administration is committed to helping all our people access and enjoy these public lands and waters. Through our “Every Kid in a Park” initiative, we have made our National Parks free to fourth grade students and their families so that more children, from any community or walk of life, can spend time being active in our outdoor spaces while learning about these natural treasures — something that First Lady Michelle Obama has also advocated for through her Let’s Move! initiative. And through the Joining Forces initiative that she and Dr. Jill Biden have championed, more of our troops and military families can enjoy our National Parks. We must expand on these programs and increase opportunities for people in underserved communities to experience the great outdoors as well. The second century of the NPS will rely on the support and engagement of young people who are visiting more parks through the “Find Your Park” campaign, and we must encourage this rising generation of Americans by inviting them to make their own personal connections to the places that have shaped our history.

NPS parks and programs strive to tell our diverse stories, allowing us to learn from the past and help write our country’s next great chapters. In celebration of the 100th anniversary of the National Park Service, let us thank all those who — through their dedication to the mission of the NPS — help our country build on the legacy left by all those who came before us. As we look to the next century and embrace the notion that preserving these public spaces in ways that engage, reflect, and honor all Americans has never been more important, let us summon the foresight and faith in the future to do what it takes to protect our National Parks for generations to come.

NOW, THEREFORE, I, BARACK OBAMA, President of the United States of America, by virtue of the authority vested in me by the Constitution and the laws of the United States, do hereby proclaim August 25, 2016, as the 100th Anniversary of the National Park Service. I invite all Americans to observe this day with appropriate programs, ceremonies, and activities that recognize the National Park Service for maintaining and protecting our public lands for the continued benefit and enjoyment of all Americans.

IN WITNESS WHEREOF, I have hereunto set my hand this twenty-second day of August, in the year of our Lord two thousand sixteen, and of the Independence of the United States of America the two hundred and forty-first.