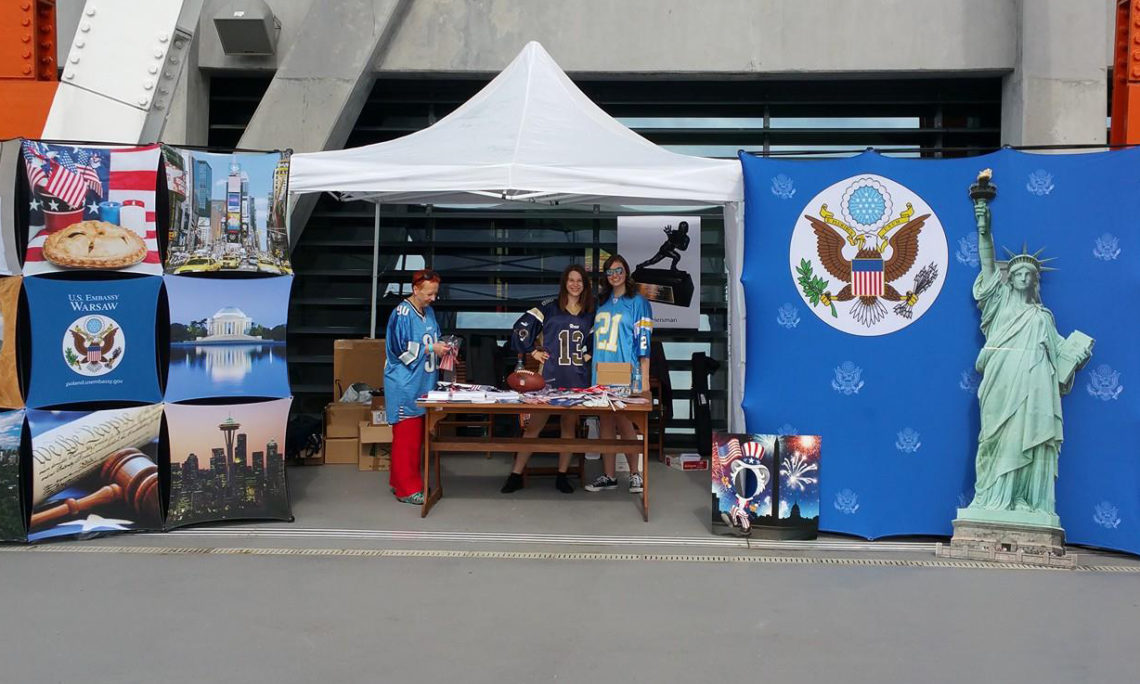 The XI Super Final of the Polish League of American Football (PLFA) took place in Bialystok on Saturday July 16, 2016 and the Wroclaw Panthers defeated last year’s champions the Gdynia Seahawks.

Embassy representatives took part in the American style picnic before the game where American football fans had an opportunity to visit the Embassy’s tent and take a photo like a Heisman trophy winner, find out about studying in the United States, learn about Mission Poland’s network of American Spaces, and talk about sports.  During the picnic and game, the Embassy handed out 2,000 American flags, and interacted with about 5,000 people.  The Embassy supported American Spaces in Bialystok (Young Learners Resource Center) and Suwalki (america@yourlibrary) also partnered with the Embassy for the event.

At the conclusion of the game, Deputy Press Attaché Stephen Dreikorn joined PLFA President Jędrzej Stęszewski and the Mayor of Bialystok Tadeusz Truskolaski in presenting medals to the players.

Congratulations to the Wroclaw Panthers on their 56-13 victory!

For more information about the XI Super Final and the pre-game picnic go here: http://www.superfinal.pl/