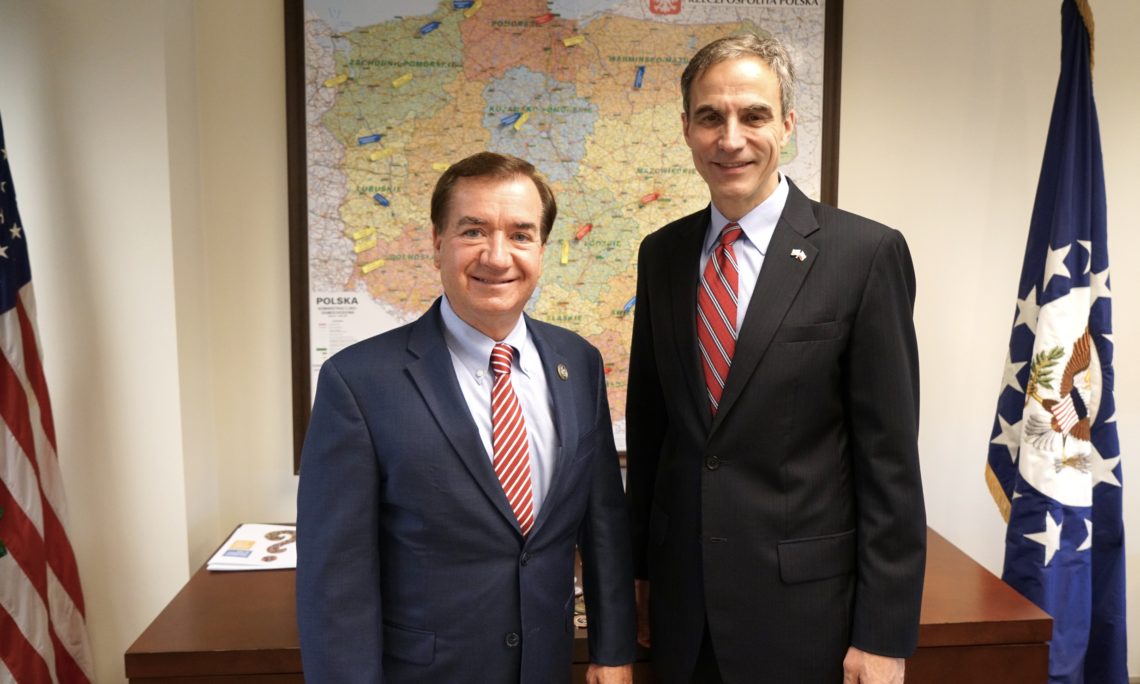 U.S. Representative to the 39th district of California Ed Royce arrived in Poland for a three day visit on August 11. While on a multi-country trip, Congressman Royce met with Polish government officials, civil society leaders and United States Government officials to discuss the threats facing our European NATO allies, and stressed U.S. commitment to the NATO alliance. He also took time to visit the POLIN Museum of Polish Jewish History in order to show his respect and appreciation for Polish history. Representative Royce serves as Chairman of the House Foreign Affairs Committee.