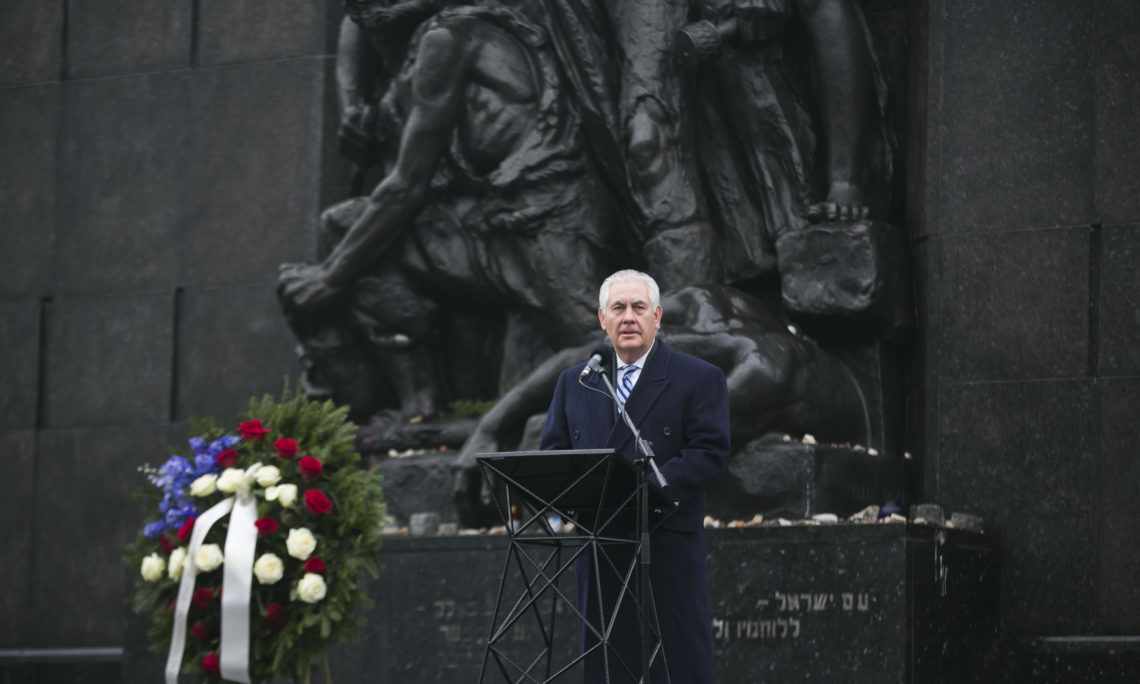 SECRETARY TILLERSON: On behalf of the American people, I’m honored today to recognize, along with our Polish friends, and commemorate the 73rd anniversary of the liberation of Auschwitz-Birkenau. Auschwitz-Birkenau was a place of unimaginable horror and tragedy, and it – but we must remember what happened there and in similar camps under the Nazi reign of terror. We acknowledge the many survivors, the loved ones, the friends of those who walk in grief today, and we walk along their side, holding them up with our prayers and our support at their time of remembrance. We also honor the many heroic actions taken by those who gave shelter to the many who were condemned and risked – put themselves at risk in doing so.

On this occasion, it reminds us that we can never – we can never – be indifferent to the face of evil. The Western alliance which emerged from World War II has committed itself to ensuring the security of all that this would never happen again. One of Poland’s greatest sons, Pope John Paul II, understood the face of evil when he said, “No one is permitted to pass by the tragedy of Shoah.”

As we mark this day in solemn remembrance, let us repeat the words of our own commitment: Never again. Never again.