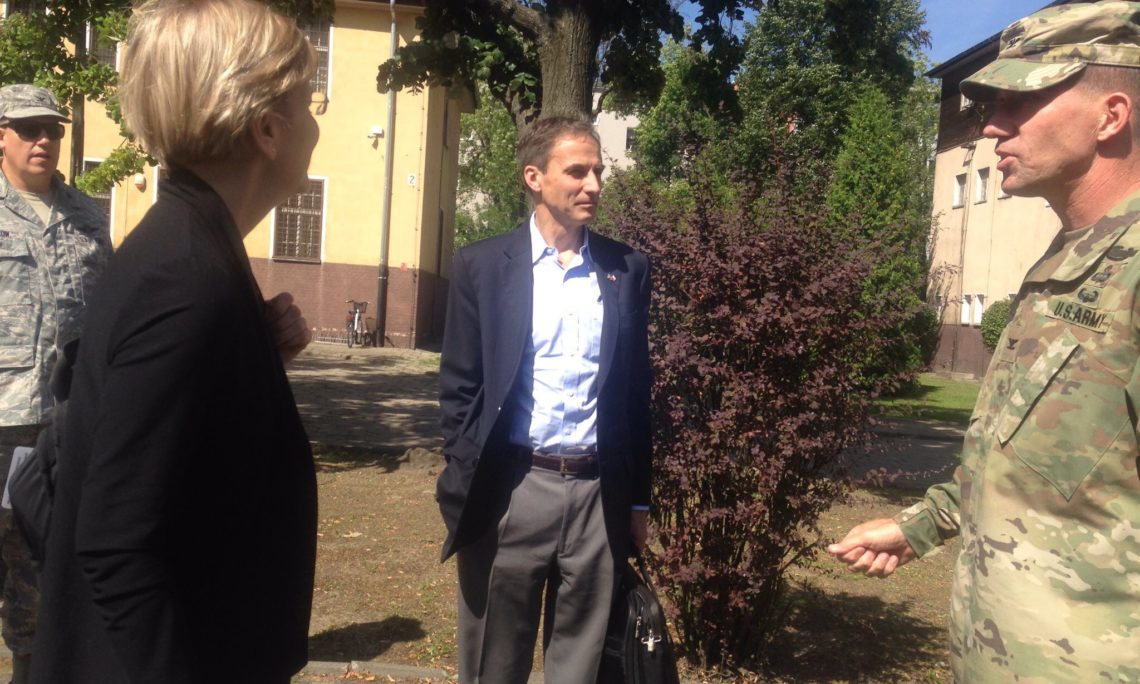 Senator Elizabeth Warren came to Poland with a two day visit on August 8.  During her first trip to Poland, Sen. Warren visited Poznan where she met with leaders and soldiers from the 4th Infantry Division Mission Forward-Command Element and received overview of U.S Army operations across Europe. In Powidz, Senator Warren toured the facilities and equipment and observed