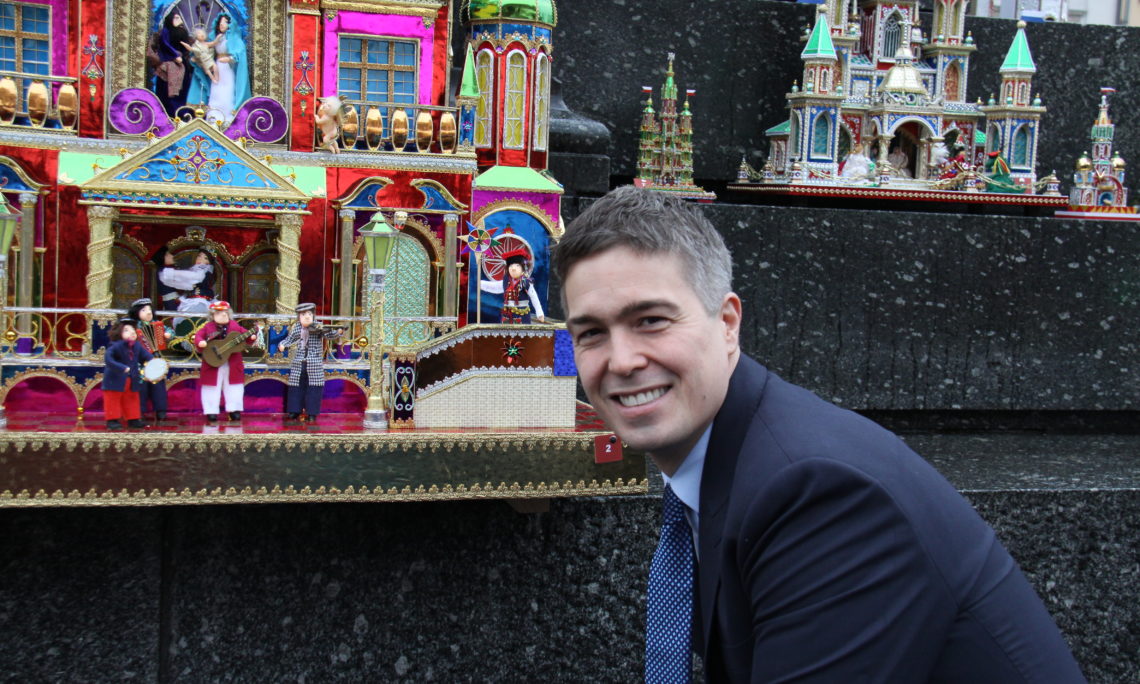 Each year, on the first Thursday in December, a creche contest is held in the main market square in Krakow. 2015 marks the 73rd contest, but for Consul General Walter Braunohler it was the first he had a chance to experience since he arrived at post in August this year.

On the day of the competition creche makers come to the Market Square in the morning and place their works on the steps of the monument to Adam Mickiewicz. After the bugle call at 12.00 the pageant begins. The artisans, along with Cracovians and tourists, go around the square to a stage, on which the creches are presented.