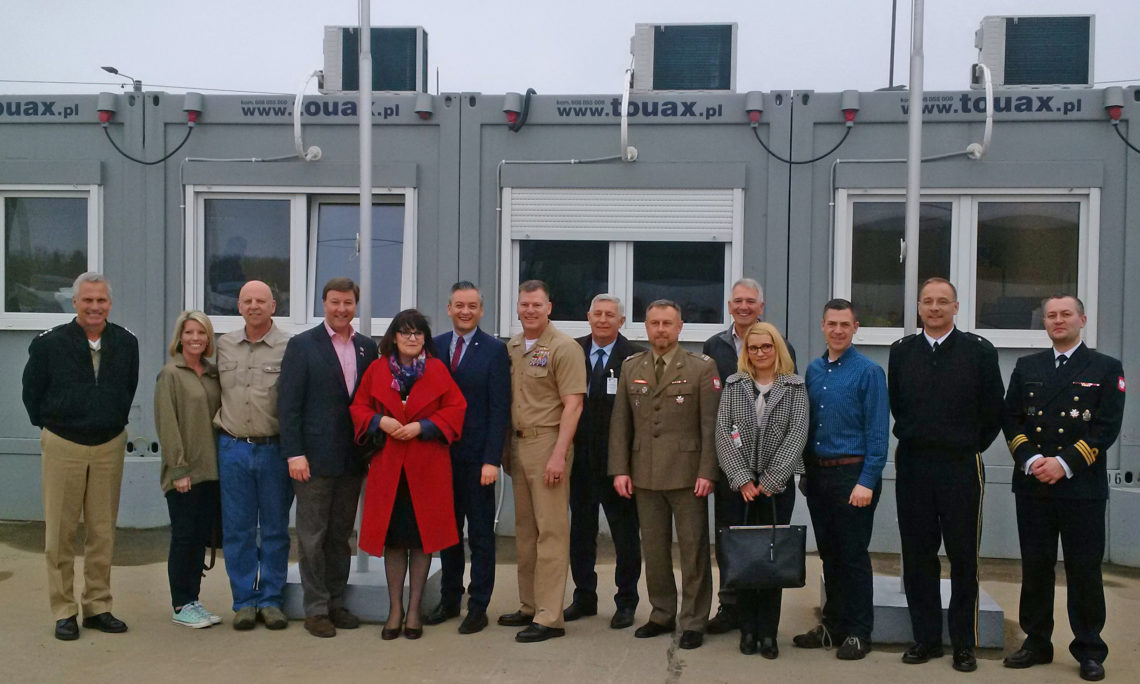 Members of a U.S. Congressional Delegation (Codel) from the House of Representatives Armed Services Committee recently met with local Polish leaders at the phase 3 site for the U.S. European Phased Adaptive Approach (EPAA) to Missile Defense near Redzikowo, Poland.  The Codel, lead by Congressman Mike D. Rogers, traveled to the Redzikowo site on April 8, 2017.