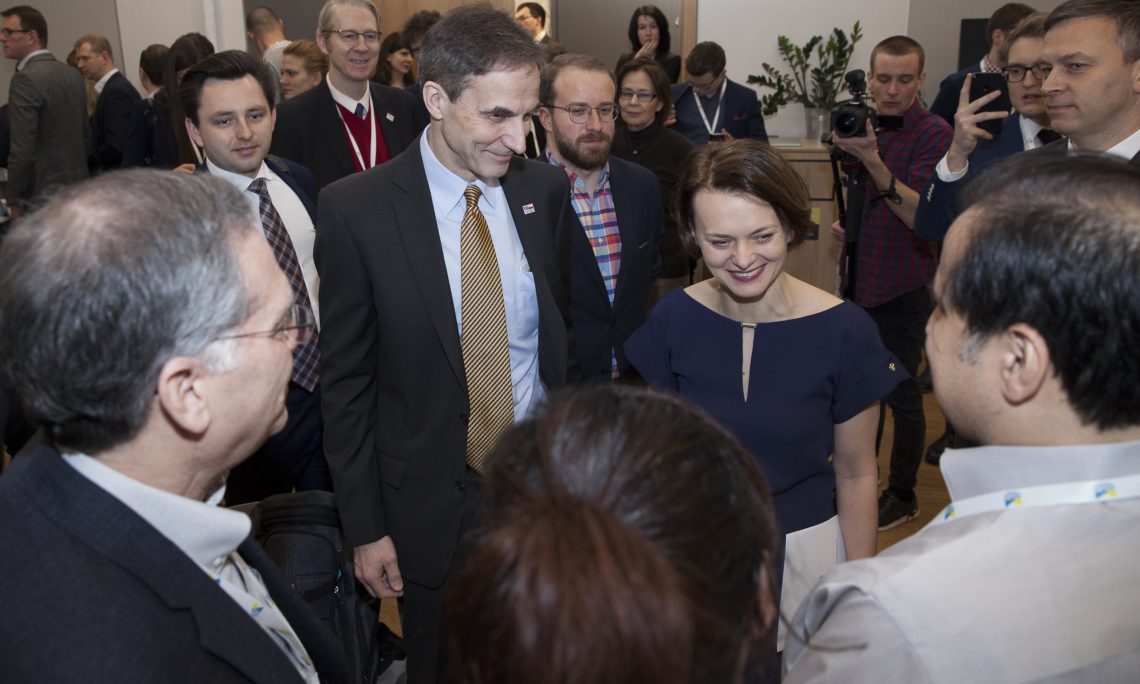 On January 18, Ambassador Jones spoke to representatives of 23 startups from Poland and other countries in central and eastern Europe who were taking part in the first edition of the Bridge to MassChallenge Warsaw.  Sponsored by Poland’s Foundation for Technology Entrepreneurship (FTE), hosted at the Google campus in Warsaw, and supported by the U.S. Embassy and Pekao Bank Polski, among others, Bridge to MassChallenge Warsaw provided four days of intensive mentoring and training to start-ups from across central and eastern Europe in gaining knowledge on scaling up their businesses and expanding to new markets. The Bridge to MassChallenge Warsaw was organized in cooperation with one of the largest and most recognized U.S. start-up accelerators –MassChallenge based in Boston, Massachusetts.  At the end of the four days of mentoring and training, the startups gave two-minute pitches on their products, with ten of the startups then being selected to take part in a future four day event in Boston.  The Embassy supported the participation of US experts from MassChallenge in Boston who hosted workshops and mentoring sessions for the participating start-ups.  Ambassador Jones applauded the startups for the role their ideas and collaboration play in connecting the United States with Poland and other countries in Europe, and commended them for their search for innovative solutions in responding to commercial opportunities and societal challenges.