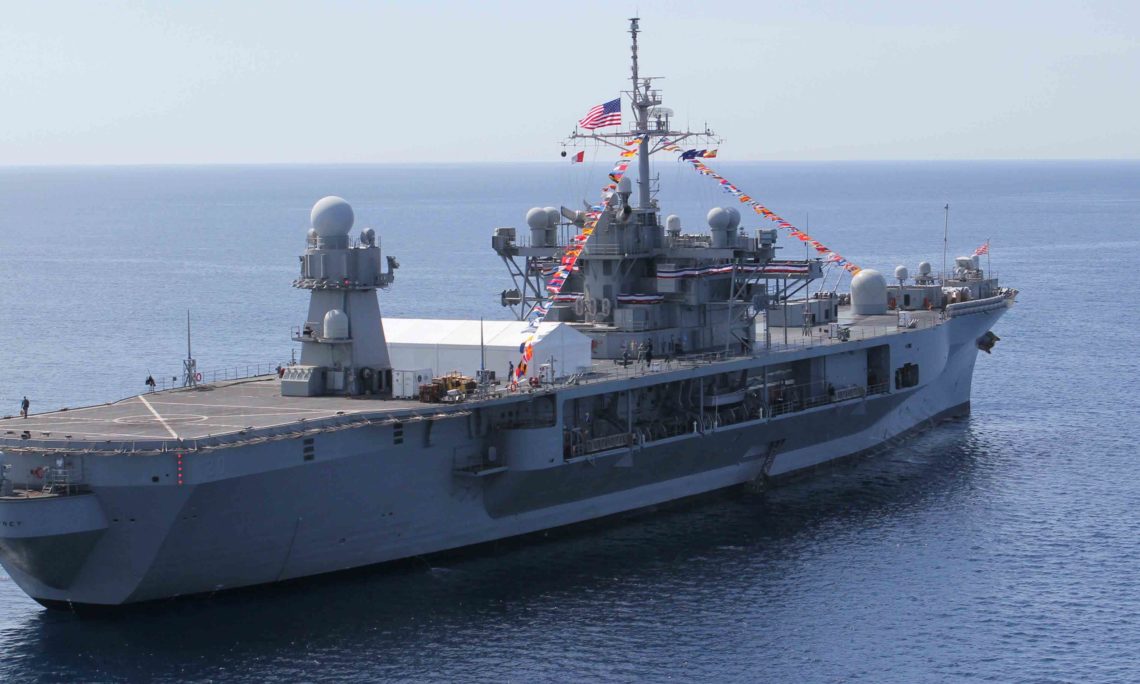 140511-N-BG563-103 MENORCA, Spain (May 11, 2014) The amphibious command ship USS Mount Whitney (LCC 20) is anchored off the coast of Menorca, Spain during the NATO-sponsored exercise Trident Jaguar 2014. The training exercise is developed to fit specific purpose and evaluation needs, and is a colle

The USS Mount Whitney along with its more than 300 crew members took part in the international military exercise – BALTOPS16 in the Baltic Sea region as a command ship.  During the visit to Gdynia the crew will take part in a series of community events and will play in a soccer match with representatives of the Polish Navy.

Upon completion of the visit in Gdynia, the USS Mount Whitney will conduct other routine port visits in the region.

The USS Mount Whitney was built in Newport News Shipbuilding facility, launched on the 8th of January 1970, and commissioned on 16th of January 1971.  It operates in the Mediterranean Sea, its homeport is Gaeta, Italy.

The USS Mount Whitney has supported numerous missions.  In 2008, she was deployed to the Black Sea in support of Operation Assured Delivery to deliver humanitarian aid to those affected by the Russian-Georgian war.  In 2011, USS Mount Whitney served in the Mediterranean as the main command vessel for the enforcement of United Nations Security Council Resolution 1973 against Libya.

Captain Carlos A. Sardiello from Fremont, California is the Commanding Officer.  His full bio is here.

More info about the ship can be found here.